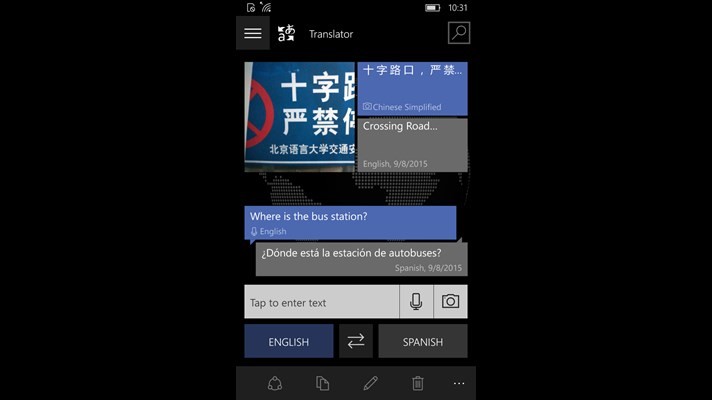 Microsoft has unveiled its 'Translator 10 Beta' that will allow Windows 10 and Windows 10 Mobile users to translate languages on the fly. The newly released app is currently in beta, but offers quite a wide variety of options that can easily help someone looking for a quick translation.

While translating languages via entered text is fairly common, the Translator 10 Beta takes it a step further by also allowing translation via camera. This means that you can point your camera at signs, text, etc and the app will translate. But, perhaps best of all, these translation can be accomplished without the use of data. The Translator app can download translation packs so you will not have to utilize data when traveling abroad.

Naturally, the app is still in beta, but it can be downloaded to your Windows 10 PC and Windows 10 Mobile device. It seems likely to eventually replace the Bing Translator app currently available on Windows Phone 8.1 and Windows 8.1.