Ahead of the highly anticipated launch of Windows Phone 7 Mango, rumoured to take place later today, Microsoft has opened the doors on their brand new web Marketplace. This new service will allow users to browse, try and buy apps available for WP7 and then send it directly to their device via a link in an SMS or email. 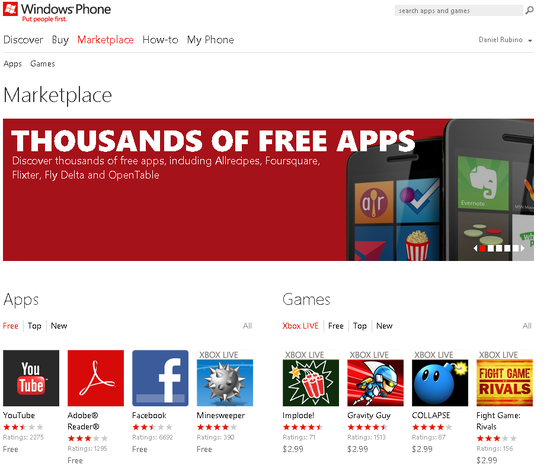 WPCentral reports that the web portal is available in the United States and Germany, and here at Neowin we can also confirm it works in Australia so we assume that this rollout is worldwide. The web Marketplace is an extension of the Zune Desktop application and WP7 Marketplace, and is designed to compete with existing web solutions from Apple (and their App Store) and Google (and their Android Market).

The web Marketplace, along with allowing the easy finding and installation of apps, also allows the sharing of applications via added social buttons for services such as Facebook and Twitter. Links to Bing are also expected to be updated, allowing web searches to be directly linked to Marketplace applications. You can visit the web Marketplace here.

As you would expect, seeing the launch of this new service, Microsoft is very close to deploying Windows Phone 7 Mango across the globe, and this is one step in the process of readying the update. Leaked notes from AT&T have indicated that the Mango update will begin rollout later today.