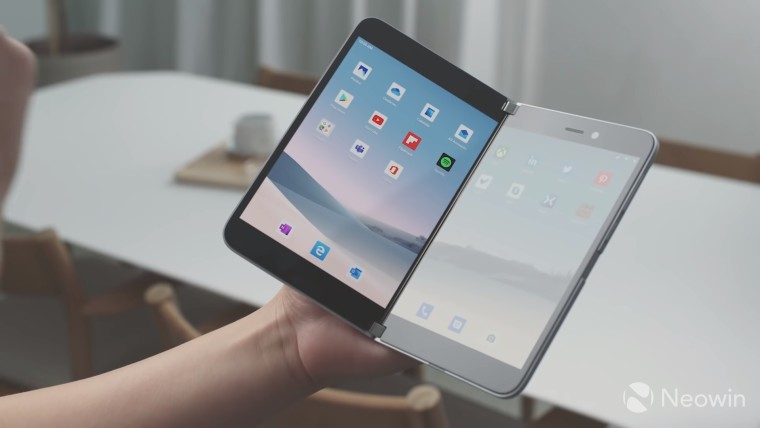 Last October, Microsoft showed off the Surface Duo and Surface Neo, its first dual-screen devices. Back then Microsoft promised that both devices will be making their way to the market by the end of 2020.

However, earlier this year, it was reported that the Surface Neo has been delayed due to a couple of reasons, including the Windows 10X development running behind schedule and the coronavirus pandemic. That being said, the Redmond giant has fast-tracked the dual-screen phone and may launch it in the coming weeks. According to Windows Central's Zac Bowden, Microsoft may be planning to launch the Surface Duo in the coming weeks in order to beat the Samsung Galaxy Fold 2 which is expected to launch on August 5. Zac did note that the timelines may change, presumably due to the unrest in the U.S. and the ongoing coronavirus pandemic.

The Surface Duo is expected to come with mid-range specs including the Qualcomm Snapdragon 855 SoC, 6GB RAM, and either 64GB or 256GB of storage. Microsoft will also include a single 11MP shooter that will act as both the front and back camera. The phone will include two 5.6-inch 4:3 1800x1350 screens and a 3,460mAh battery. There is no word on the price yet but we will know more soon enough, especially if Microsoft is trying to beat Samsung to the punch.