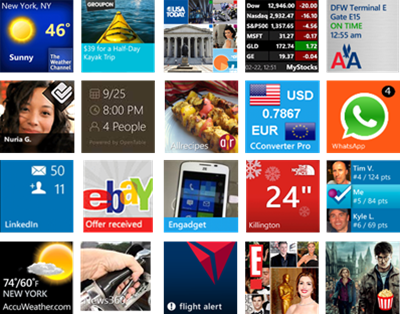 Microsoft wants Windows Phone to have a lot of popular apps, for obvious reasons. Recently, the Windows Phone Marketplace reached a new milestone when Microsoft announced that 100,000 apps were available to download. Now, Microsoft is offering some tips to Windows Phone app makers that are creating paid apps that could help them make more money.

In two separate posts (Part One and Part Two) of the official Windows Phone Developer blog, Microsoft gives 11 specific tips for making a Windows Phone app stand out from the crowd and, as a consequence, make some extra cash. Some of the tips are pretty obvious, such as optimizing an app so it works on a wider variety of phones and launching an app in a new Windows Phone global market.

Microsoft also says that the top 50 best selling apps are four times more likely to use the dynamic Live Tiles in Windows Phone over those that don't use this feature. Indeed, apps that use the overall Windows Phone design are more likely to be promoted by Microsoft on the front page of the Windows Store Marketplace. If that happens, an app can generate downloads that are 2,000 percent over the normal rate.