Windows 8 has the Windows Store feature which will allow app developers to submit and sell Metro-style apps directly to Windows 8 device owners. At the moment, all of the apps in the Consumer and Release Preview versions of Windows 8 have been free to download. When Windows 8 officially launches on October 26th, Microsoft will allow Metro app makers to charge money for their apps.

Today, in a post on the official Windows Store blog, Microsoft offered some more details on what Windows 8 app makers can expect when the final version of the store front is launched. App makers can charge between $1.49 and $999.99 for their apps. The blog states:

Price tiers ensure that an equivalent price is selected for selling your app in any currency supported by the Store. The local pricing is derived by foreign exchange rates and rounded to provide the appropriate precision for the standards of a given currency.

App makers must submit tax information for any paid Windows 8 Metro app submission, along with a valid bank account that can be used to send money to the app creators after it goes live on the Windows Store. Payments are made on a monthly basis. Microsoft takes 30 percent of the app's revenues until they reach $25,000. After that level is reached, Microsoft's take goes down to 20 percent. 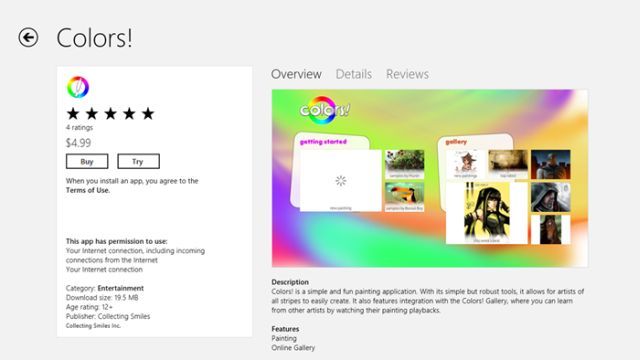 App developers can also offer a free trial version of their software, with the ability to get the full paid version later. Microsoft states, "On the Windows Phone, we have seen apps with trials bring up to 5 times the revenue of apps without trials." App makers can also put in in-app monetary options, or they can make the app free but run ads inside the app. App creators can also put in their own billing system if they don't wish to deal with the Windows Store system.