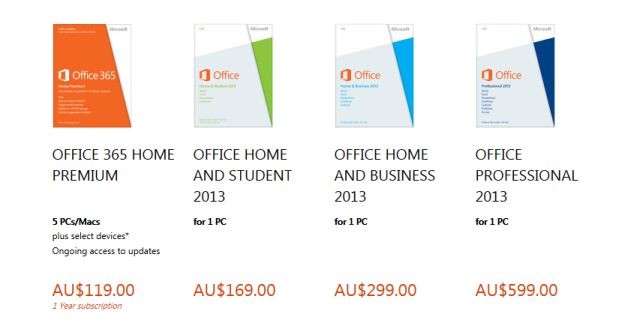 It's January 29th in Australia and other parts of the world and that means that Microsoft has pulled the trigger on the official sales of its Office 2013 software lineup. The Australian version of the Microsoft Store website now has several versions of the productivity software suite available for purchase.

This means that the folks in Europe should be able to buy Office 2013 and the new version of Office 365 in just a few hours. The US will likely have to wait until midnight Eastern time, or perhaps midnight Pacific time, to buy Office 2013 online. As we have reported before, Microsoft is gearing up for some kind of Office 2013 launch event in New York City in its famous Bryant Park location.