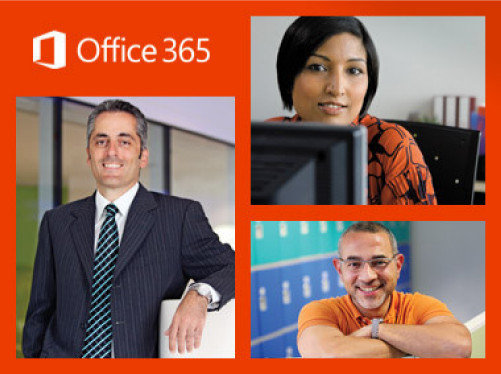 When you have an online service like Office 365, its subscribers expect to use that service 24/7, 365 (no pun intended). However, there are always going to be times when something goes wrong, and even Office 365 has had periods of downtime. Today, Microsoft announced a new program that will offer uptime numbers on Office 365 to the public on an ongoing basis.

In a post on the Office blog, Microsoft states:

For the last four quarters, running from July 2012 to June 2013, Microsoft said its Office 365 uptime numbers for its business, education and government customers have been, in order, 99.98 percent, 99.97 percent, 99.94 percent and 99.97 percent. Those numbers include the availability of Microsoft's Exchange, SharePoint, Lync and Office Web Apps but don't include the users of the consumer oriented Office 365 Home Premium or users of Office 365 ProPlus.

The blog post also goes over some of the efforts Microsoft has made to keep Office 365 up and running as much as possible, including lots of redundancy at the hardware level. Microsoft states:

We build physical redundancy at the disk/card level within servers, the server level within a datacenter and the service level across geographically separate data centers to protect against failures. Each data center has facilities and power redundancy. We have multiple datacenters serving every region.

Microsoft also says that Office 365 servers are distributed so possible failures in one area don't affect the rest. The blog claims there is constant monitoring of the server hardware and software and a team of technicians are available at all times of the day and night to fix any issues. If a failure does happen, Microsoft states that it launches into a "thorough post-incident review" no matter how big or small the problem turns out to be. 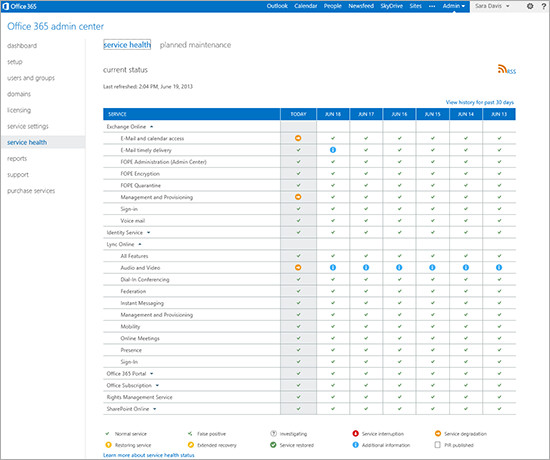 Office 365 customers also get access to its Service Health Dashboard, shown above, that offers a constant look into the current uptime status of the service. Microsoft says, "This public disclosure of Office 365 uptime is evidence of our ongoing commitment to both Service Continuity and Transparency."