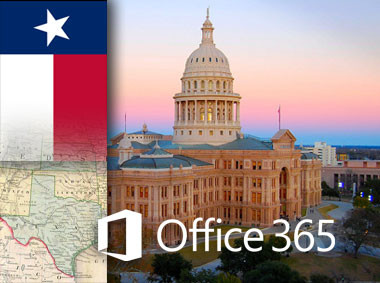 The company announced today that it has signed an agreement with the Texas state government that will allow Office 365 to be deployed and used by over 100,000 of its employees. Microsoft says this agreement is " ... the largest statewide deployment of email and collaboration services in the U.S." In fact, several Texas government divisions are already using Office 365 and more will be added soon.

In its press release, Microsoft stated:

The state will consolidate multiple systems in an effort to streamline and improve the state’s communication and collaboration capabilities across agencies and to help better serve the needs of its citizens. The move to the cloud offers significant savings in IT spending due to greater efficiencies and increased capacity, while providing employees with web conferencing, real-time collaboration and document and calendar sharing.

Office 365 is already being used by the governments of the states of California and Minnesota, along with the city of San Francisco.