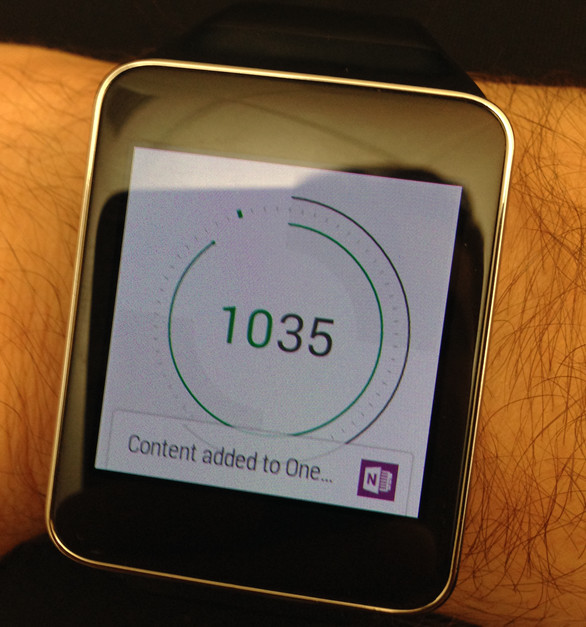 Microsoft has already shown that it is committed to bringing its software to every platform and OneNote is no exception. Earlier this year we saw the app get ported over to Amazon devices and the company is announcing today that OneNote can now be downloaded for your smart watch.

You can use OneNote on your smart watch by saying " Ok Google, take a note" and the app will allow you to dictate a note. While obviously not the most comprehensive solution, it is on a watch after-all, it does allow you to take quick notes on the go. 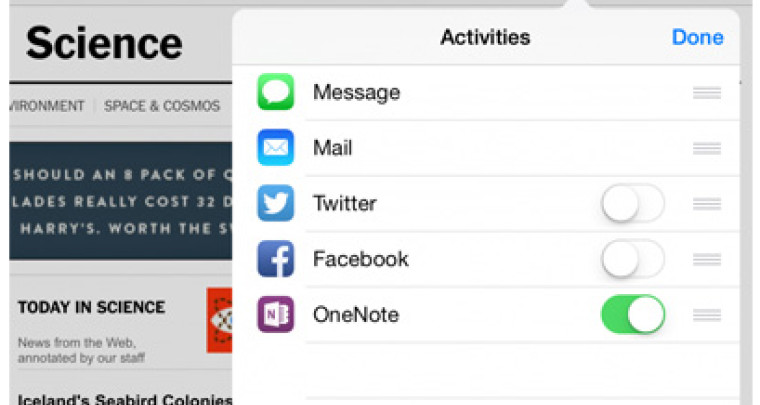 For iOS users out there, Microsoft will be pushing out an update for OneNote later today that ties that app deeper into Apple's ecosystem. This update will allow OneNote for iOS 8 to clip the web, save photos and send file attachments straight to OneNote without leaving the current app.

For Windows Phone fans, you get an update too. Microsoft said that an update for Office Lens now provides the ability to convert pictures of whiteboard notes and paper documents into Word documents and PowerPoint presentations.

These are decent updates for the apps that Microsoft provides for free and for dedicated OneNote users, these improvements will further solidify that OneNote is now a premier Microsoft product.