Last month, Microsoft unveiled the new Xbox One S, a smaller version of its current Xbox One console, with added support for 4K video and high dynamic range (HDR). Pre-orders for the range-topping 2TB Launch Edition model, priced at $399, have been available since then, and deliveries will begin next week.

But while Microsoft also announced more affordable 500GB and 1TB variants of the new console, it didn't reveal exactly when they would arrive. Pre-order pages on its store site and those of other retailers indicated that they wouldn't be available until December.

Today, though, Microsoft announced that it has opened pre-orders for the first Xbox One S bundles with 500GB and 1TB of storage - and they'll arrive a lot sooner than that. 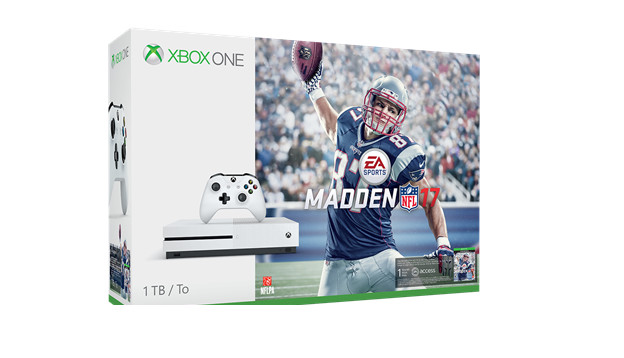 In the United States and Canada, gamers will be able to pick up the Madden NFL 17 Bundle for $349 USD / $449 CAD, which comes with a 1TB hard drive. Along with the game itself, the bundle also includes seven Madden Ultimate Team Pro Packs, and one month of EA Access.

Microsoft also revealed details of an additional offer on that bundle:

And now for a limited time, when you purchase the Xbox One S Madden NFL 17 Bundle, you’ll get a promotional code for 20 percent off your next order at NFLShop.com (bundles purchased at GameStop will include a physical copy of Madden NFL 17). 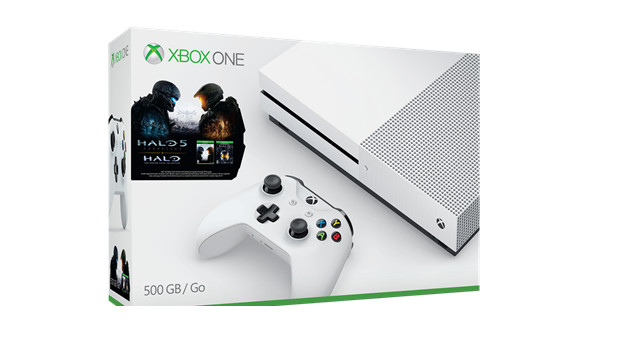 The second option is the Halo Collection Bundle, which comes with Halo: The Master Chief Collection, and the latest game in the series, Halo 5: Guardians.

This bundle will be available in the US, Canada, Australia and New Zealand, and will be offered with 500GB of storage for $299 USD; or with 1TB for $349 USD. However, Microsoft points out that "in the US, the 1TB option will only be available in very limited quantities at select Microsoft Stores and microsoftstore.com".

Both the Madden NFL 17 and Halo Collection bundles can be pre-ordered from today, and they'll be delivered from August 23. Microsoft says that it will "have more to share" about availability of these and other bundles in additional markets next month.