One year ago this month, Microsoft launched a subsidiary called Microsoft Open Technologies with the stated goal of helping the company work better with open source software efforts and the open standards community. This week, Microsoft OpenTech celebrated its first anniversary with the relaunch of its website.

The new site design includes more information on the many projects that Microsoft OpenTech is working on, including VM Depot, which has a number of Linux virtual machine images for Windows Azure users, and supporting the creation of Windows 8 apps with the 2.0 version of the JavaScript library jQuery. 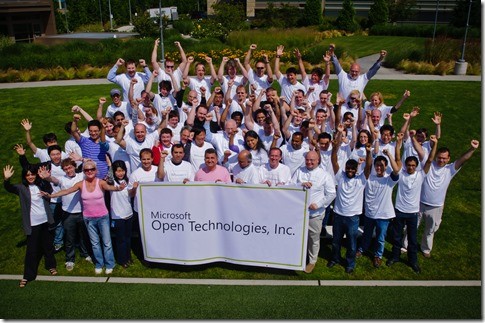 In a blog post on the new site, Microsoft OpenTech president Jean Paoli states that since its launch, the company has released a total of 51 open source devices and services projects. He added, "We have 25 active open source projects across CodePlex and GitHub, and we are active contributors to dozens other open source and open standards initiatives." The post includes a timeline of the many different project launches.

Microsoft clearly knows that there are a ton of open source software products that are used by millions of people and having Microsoft OpenTech as a subsidiary that can help extend those projects to work with Microsoft's products is surely a win-win for both the company and open source supporters.