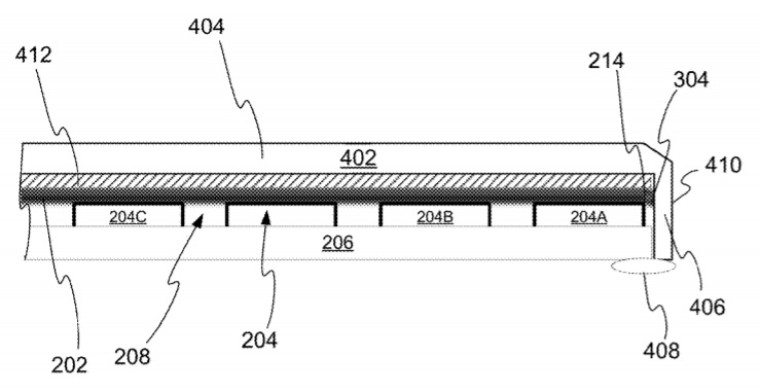 The patent does not mention the Surface or any specific Microsoft device by name. Instead it lists a range of devices, including "a television, computer monitor, laptop or mobile computer, tablet computer, handheld computing device, communication device such as a mobile phone or smartphone, or any other electronic device having a display screen.”

Whether Microsoft implements such a technique into the manufacturing process of upcoming Surface or its elusive Andromeda device, or an even a future Surface Hub remains to be seen. Hopefully this patent will be utilized alongside other recently published patents, including a method of improving the performance of batteries and magnetic USB-C port all in a hinged foldable device.