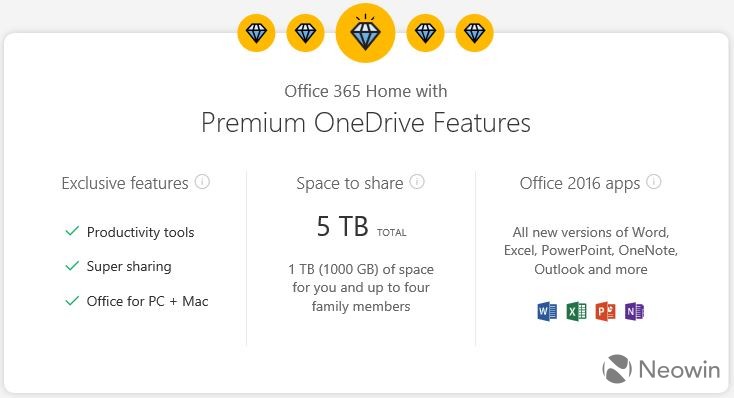 Microsoft has released, without any official statement, a new feature called Expiring Links to OneDrive Premium subscribers. As can be seen from the images, an extra option is now available in the Share interface on OneDrive web, which allows the setting of a period of days in which the generated link will remain operational.

OneDrive Premium subscribers are those who pay for either an Office 365 Home or an Office 365 Personal subscription. So those who opt for the OneDrive Storage only plan, which offers 50GB of storage for $1.99 a month, don't have access to this feature. Furthermore, even though no detailed information is given about sharing limits, OneDrive Premium users can reportedly share 10 times more files per day compared with non-Premium users.

The ability to set an expiration date for shared files is not new among online storage companies and was already available for Dropbox Plus users and in OneDrive for Business. Even though Microsoft is late on offering this feature for non-commercial subscribers, it is an important addition to OneDrive and the company is marketing it as an increased layer of security for its file sharing service.