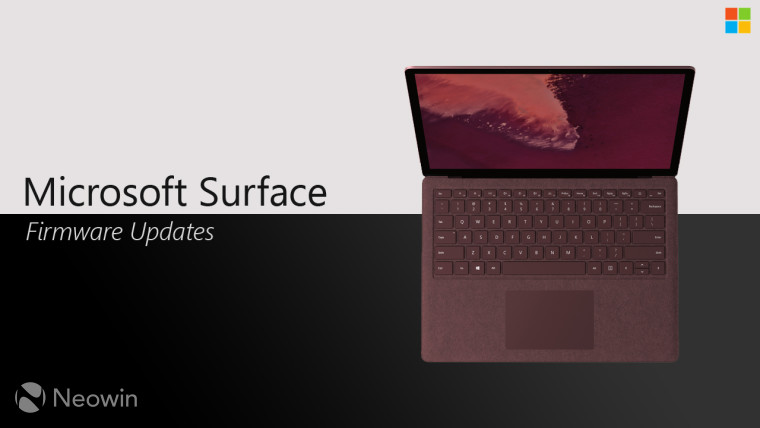 As part of the regular updates for its Surface devices, Microsoft is rolling out a bunch of firmware updates to the Surface Laptop 1, Laptop 2, Pro 5, and Pro 6 devices. The updates are rolling out to devices running the Windows 10 May 2019 Update (version 1903) or newer and bring a bunch of audio, reliability, and other improvements.

The first-gen Surface Laptop updates mostly bring audio performance and playback improvements, in addition to the general system updates to enhance stability. Here is the complete changelog for the update:

The updates for the Surface Laptop 2 are mostly identical, including the same audio performance improvements. However, the second general clamshell laptop is receiving an additional fix for the Serial Hub Driver that fixes issues with the system experiencing bugchecks. Here is the changelog for the additional driver update:

The company has not listed any known issues with these updates, which is always a good thing. As usual, these firmware releases will be rolled out in a staggered manner, meaning that not all devices will receive the update right away.

Again, users of these PCs should be running Windows 10 version 1903 or newer. With this version of the OS soon reaching the end of support next week, Microsoft has already begun force-upgrading users to Windows 10 version 1909, so it shouldn’t be a problem for most users. You can head to Windows Update to check if your device has been offered the updates yet.