In a post on the official Visual Studio blog, S. Somasegar, the Corporate Vice President of Microsoft's Developer Division, says one of the new features will allow easier ways for agile teams to organize their planning, "... in particular around adapting to a team’s preferences and work styles." It also adds web-based access to the Test Case Management tools in Microsoft's Team Foundation Server. 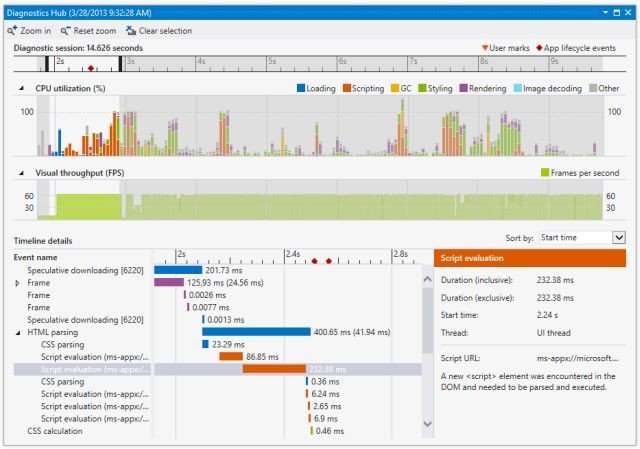 Developers who are making Windows 8 and Windows RT apps will have some more features to work with in this new update. Somasegar states:

For example, VS2012.1 included a new memory profiling tool for apps implemented with JavaScript, enabling developers to better understand the memory usage of their apps, to find and fix leaks, and so forth; for VS2012.2, we continued to invest in improved diagnostics for JavaScript apps with a new profiling tool that helps diagnose UI responsiveness issues and latency in visual updates.  This release also incorporates the latest version of the Windows App Certification Kit.

The new update also adds in more support for the creation of line-of-busines apps. A full change log of Visual Studio 2012 Update 2 can be found at Microsoft's website.