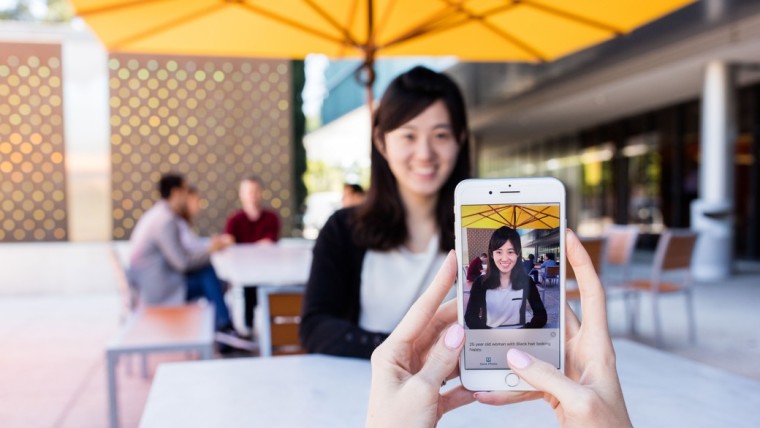 Microsoft, like many other tech titans, has bet big on artificial intelligence, as the company believes AI technology will have a profound impact on society and will transform our lives. To that end, the software giant reorganized its AI efforts last year, with the formation of the Microsoft AI and Research Group. Since then, the company has been integrating AI into everything from its flagship Office 365 suite, to Cortana, its digital personal assistant and chat bots on Skype.

The company also wants to use AI to tackle some of the major problems in healthcare, as evident with its Healthcare NExT initiative and a prototype wearable that helped a woman with tremors caused by Parkinson's disease. As part of that effort, Microsoft has finally released Seeing AI, an app that CEO Satya Nadella first showed off during last year's Build keynote, which uses computer vision and AI to narrate the world for people with visual impairments.

Seeing AI enables users to point their phone's camera at someone or something and get a description of what it sees. The app can recognize people it has seen before and analyze facial expressions to tell you how a person is feeling. It can also scan barcodes, read documents and recognize US currency. The app even tells you to move the camera if needed, in order to get a better view of the target.

The most important difference between Seeing AI and other similar apps is that most functions, like face recognition, are carried out directly on the device, giving the app a significant speed advantage. Advanced features like describing an entire scene or recognizing hand-written documents still require a connection to the cloud to function though. Seeing AI is now available to download for free on iOS, but only in the US. There is no word yet on whether the app will come to Android, Windows 10 Mobile or other countries, or when that might happen.