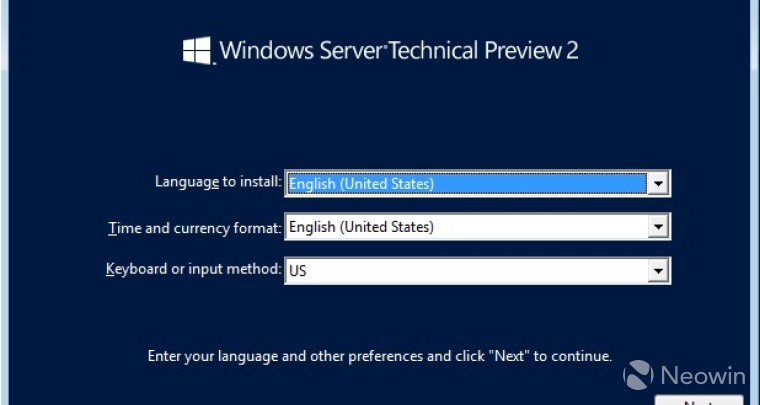 In an email to TechNet subscribers, Microsoft has announced the release of a new build of their Windows Server Technical Preview, available for download at their Evaluation Center. it is based on Windows 10 Build 10074, and like all modern versions of Windows Server, it supports only 64 bit systems. 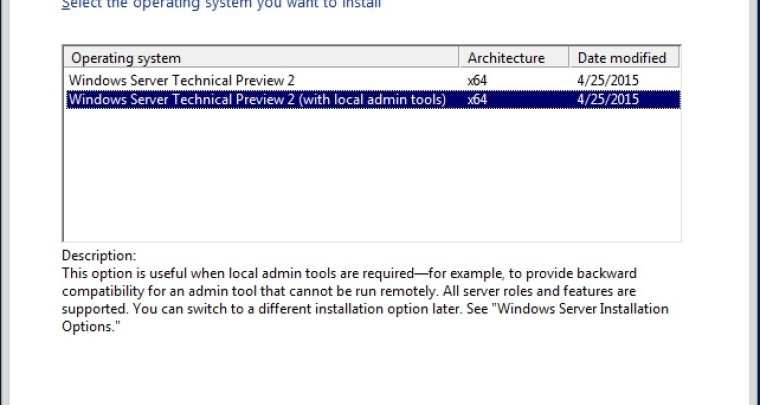 This is only the second release of the Windows Server Technical Preview, which has lagged behind the workstation releases significantly, with the previous version being built on Build 9841 and released seven months ago. At first, the differences between two builds are subtle, but omnipresent; such as using the legacy setup process but with updated terminology like referring to the GUI as "local admin tools", however Build 9841 was almost a carbon copy of Server 2012 R2, where the new Build 10074 is a fairly radical departure as soon as you land on the "desktop", which is missing even from the non-core installation (although installable). 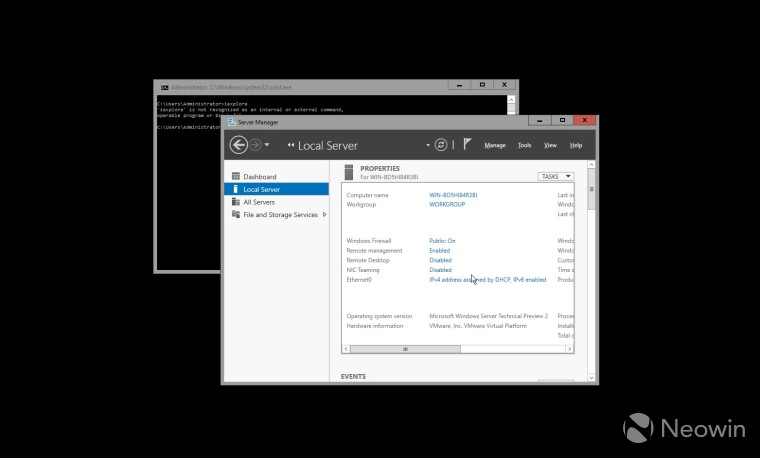 Its difficult to say exactly what has been updated in this new build, as the "What's new in Windows Server Technical Preview" page has not yet been fully updated to reflect the new release, but there is a release notes page detailing some known issues with this build, including problems logging on, problems with the desktop UI, and problems installing server roles or updating the system with automatic updates; all of which reinforce the fact that these previews are not production ready and should be used for evaluation purposes only.