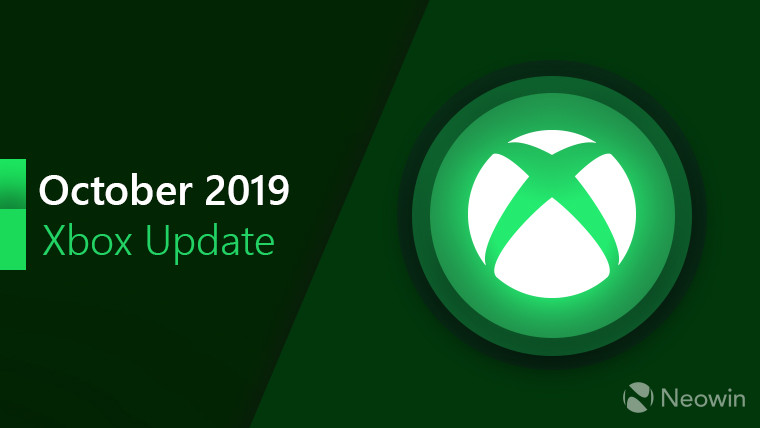 Today, Microsoft released the October 2019 Xbox Update, sticking to a lack of continuity in its naming schemes. It's version 1910, also known as 19H2, and it's been tested with Xbox Insiders since March. Like the Windows 10 update that coincides with it, it's a fairly minor update, but there are a few new features.

Parents will now be able to set time limits on apps and games, and they'll also be able to set limits for time used with the device itself. These settings will also sync with Windows 10, so as Microsoft puts it, kids won't be able to sneak in extra time by switching devices.

Another new feature is Wish List notifications. If something on your Wish List gets discounted, you'll get a notification. You can also now recommend an Xbox Game Pass game to your friends via direct message or via your activity feed.

There are some improvements to Mixer streaming, as usual. The Mixer viewing experience is built into the dashboard now, "with a focus on speed and simplicity." In other words, you'll no longer have to go to a separate app.

Recent Players has been improved. It should be more reliable, faster, and easier to connect with the gamers that you play with. Along with under-the-hood improvements, there's going to be a new Events app coming later this month, which will allow you to be aware of events happening within your games or communities.

Finally, there are more options for game captures. You'll now have three options: Captures by me, Capture & Share, and Don't capture. This is as opposed to the two 'enabled' and 'disabled' options.

The October 2019 Xbox Update is available today, so your console will update automatically at some point. There will be another update next month, which is already being tested by Insiders.

Two features that we know are coming in the future at some point are the new dashboard, and console streaming. The former combines the tab interface into a single screen, and the latter will let you stream your games to all of your devices.