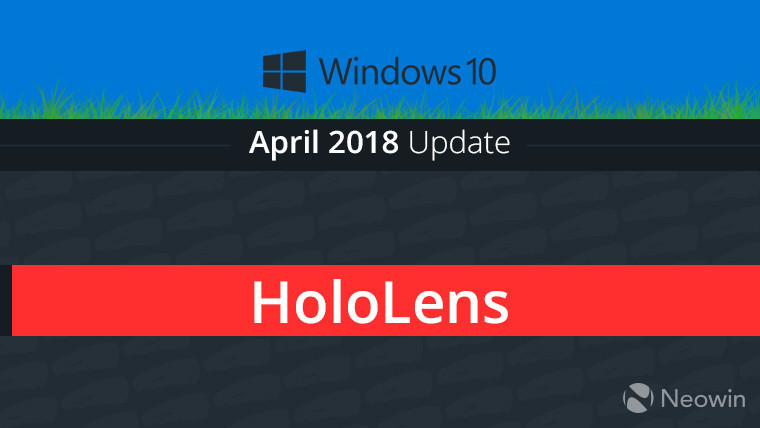 Yesterday, Microsoft quietly released the Windows 10 April 2018 for its HoloLens headset, despite now being pretty deep into May. Version 1803 is the first major feature update to ship for the standalone augmented reality headset since the Anniversary Update (version 1607) shipped in August 2016. That means that HoloLens has skipped two Windows 10 feature updates in a row.

As you can imagine, there are quite a few new features. Here's the full changelog of features for all users:

There are additional features for developers and for IT professionals that you can find in the release notes.

Obviously, there's quite a bit to play with if you own the $3,000 holographic headset. One can only hope that the software update is in preparation of the long-awaited consumer model, or any kind of second-generation HoloLens. We've heard a lot about it, as recently as Build when Microsoft announced Project Kinect for Azure. The firm said that the new sensor is the same that will be used in the next-gen HoloLens.

Microsoft also talked about the next-generation Holographic Processing Unit last June, saying that it will include an AI co-processor. Perhaps, we'll get an announcement of something new as early as later this year.'

To install the Windows 10 April 2018 Update, you'll need to use the Windows Device Recovery Tool, rather than getting it OTA via Windows Update.