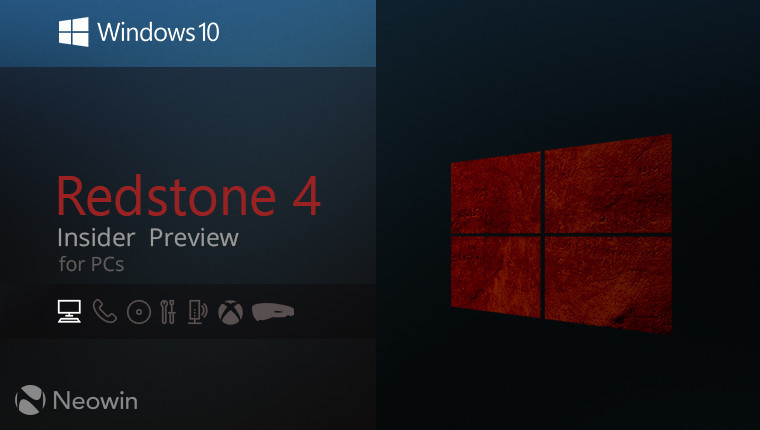 Microsoft released Windows 10 Insider Preview build 17127 to the Fast ring today, as it edges closer to Redstone 4 being finalized for production. We're expecting the feature update to be done soon, possibly even this week, so you're going to want to stay tuned for that.

Oddly, the company still hasn't announced details of availability, or even what it will be called. Signs have pointed toward it being the Windows 10 Spring Creators Update, but there's still no official word.

Being so close to the finish line, you might be surprised to learn that there are still some new features in this build. They mainly have to do with Cortana. Here's the full changelog:

A new profile page! We’re introducing a new server-powered profile page in Cortana for you to add and edit your favorite places. The places you add are used to give you traffic updates for your daily commute, and let you easily set reminders when you arrive or leave your places. To get to this page, head to the Notebook section of Cortana and click the button to the right of your name. This is available for all Cortana markets*. 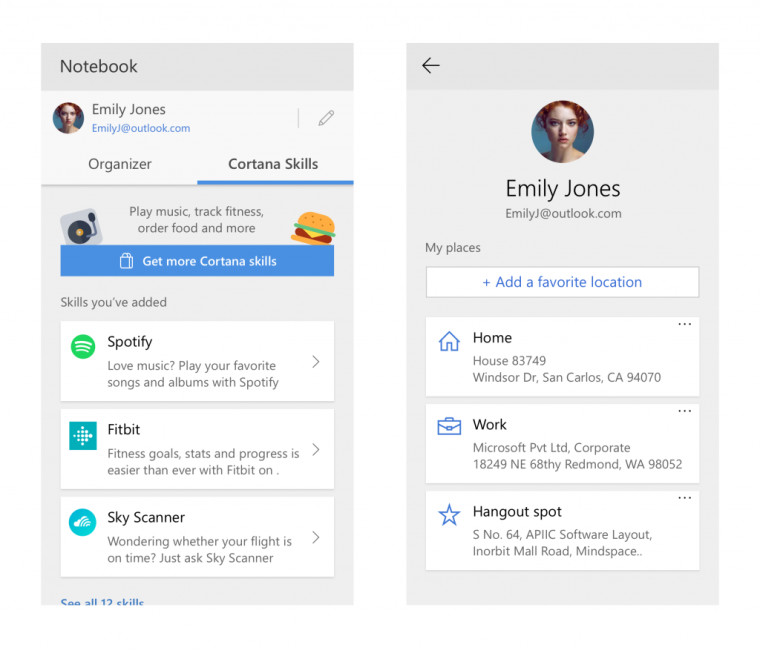 This will soon extend beyond places to cover your Interests, Family, Accounts and more. Stay tuned for updates!

Cortana’s new Notebook goes international with improved performance: We’ve received some great feedback about our updated Notebook design announced with Build 17063, and are happy to share that this new design is now available for all markets* and languages where Cortana is supported. In addition several performance improvements have been deployed that should make Notebook load faster. Note, some experiences may vary depending on the market you are in.

Learn to use a Skill in Notebook: Default Skills in Cortana’s Notebook (like Weather, Sports, and News) now come with a set of tips for questions you can ask Cortana to get you started – either click the suggestion, type it out yourself, or just talk to Cortana and she’ll pull up the information you requested.

Starting today, these changes will be rolling out to all Insiders in supported markets who are on RS4 and RS5 builds. We’d love to here your feedback – click here to open Feedback Hub and send us feedback on your experience with Cortana. In case you missed it, here’s a summary of some of the recent changes we’ve made based on what you’ve told us, including email search and more!

As of the previous build, 17123, the watermark and expiration date haven't been removed. Today's release notes don't say anything about that changing with Windows 10 build 17127, but anything is possible. If the watermark is indeed gone, that would mean that we're days away from the RTM.

Make sure to stay tuned for news on Redstone 4 availability, as we should be finding out more any day now.