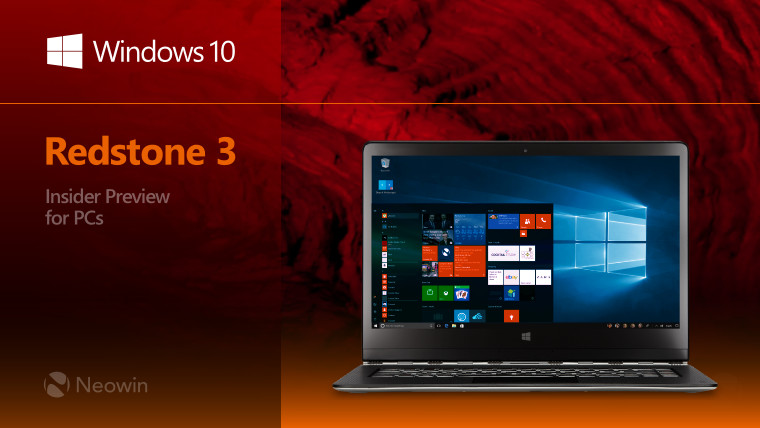 A new Windows 10 for PCs build is available in the Fast ring, 16176. It's the second post-Creators Update build that the firm has released, with the first being a week ago with 16170.

The new build comes from the Development Branch, which means that it's a preview of the next feature update to Windows 10, codenamed Redstone 3. There aren't any major new front-facing features in it just yet; instead, it focuses on improvements to OneCore.

There is one new feature:

There's quite a bit that we're expecting to see from Redstone 3. MyPeople was supposed to show up in the Creators Update, although it got delayed. There were also a number of Windows 10 Mobile Continuum improvements that were announced at Ignite, which also didn't show up.

We're also expecting a new design language, which is codenamed Project NEON and should add a layer of transparency to the OS. And then there's Cshell, an adaptive shell which will scale across all Windows 10 devices.

Of course, we won't know any of this for certain until Microsoft formally announces it, which we're expecting at the company's Build 2017 developer conference. It kicks off on May 10, and Neowin will be there.