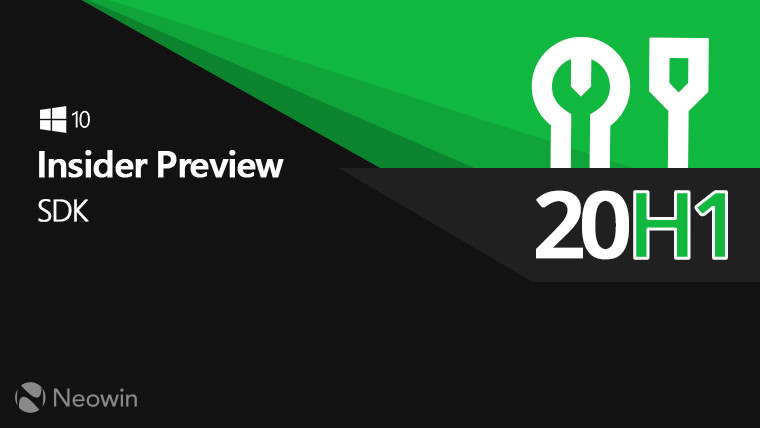 Though it's a bit behind the usual schedule, Microsoft has released a new preview build of the Window 10 SDK, bringing the build number to 18995. This is the same as last week's Windows 10 build for Insiders in the Fast ring, but Microsoft has actually released a newer build, 18999, of Windows 10 on Tuesday, which is also when SDK builds tend to be released.

As usual, this release doesn't come with any major changes to the SDK, and we probably shouldn't expect that to happen until we know more about what new features will arrive with the corresponding Windows 10 update. These builds are part of the 20H1 development cycle, and the general release will only happen in the spring of 2020, so there's still some time for features to be added. Microsoft has yet to release any new SDK builds for 19H2, probably because that's a very small update feature-wise.

If you do get this build of the Windows 10 SDK, you'll need to be running Insider builds of Windows 10, as well as Visual Studio 2017 or newer. You can use it alongside stable releases of the SDK and keep developing app updates, so long as they target Windows 10 version 1903 or earlier.

You can download the latest Windows 10 SDK Preview build from the Windows Insider website. You can also download the corresponding builds of the Assessment and Deployment Kit (ADK), Windows Driver Kit (WDK), and Hardware Lab Kit (HLK).