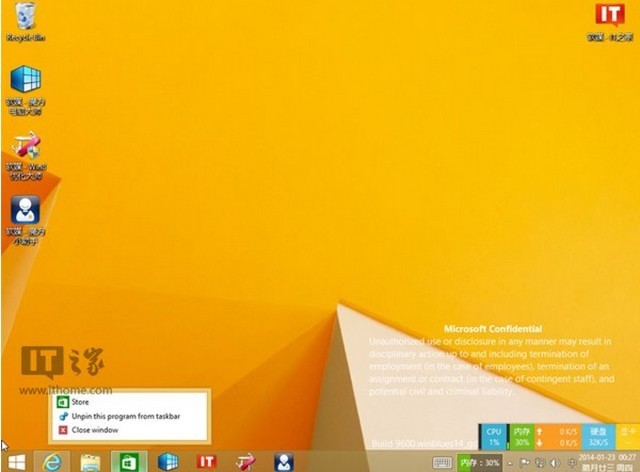 It looks like Microsoft is going to keep working on Windows 8.1 Update 1 a little longer than expected. ZDNet's Mary Jo Foley, who previously stated that the free update for the operating system would be released March 11, says she's now told by her sources at Microsoft that the launch has been pushed back until sometime in April.

The report suggests that the Windows 8.1 team in charge of Update 1 was perhaps a tad too ambitious in setting the launch date for March 11. Foley adds that OEMs could still get Update 1 sent to them by early March so they can have it installed on new PCs to be sold in the spring.

While Microsoft has yet to officially confirm the existence of Update 1, much less reveal a release date, that has not stopped an early build of the OS from being leaked on the Internet. Some of the new features in the build include the ability to pin Modern UI apps on the taskbar, a power shutdown button placed on top of the Start screen and a menu when right-clicking on a Modern app.

It would certainly make more sense for Microsoft to release Windows 8.1 Update 1 in April, since that's also when the company will be holding its annual BUILD developer conference in San Francisco.