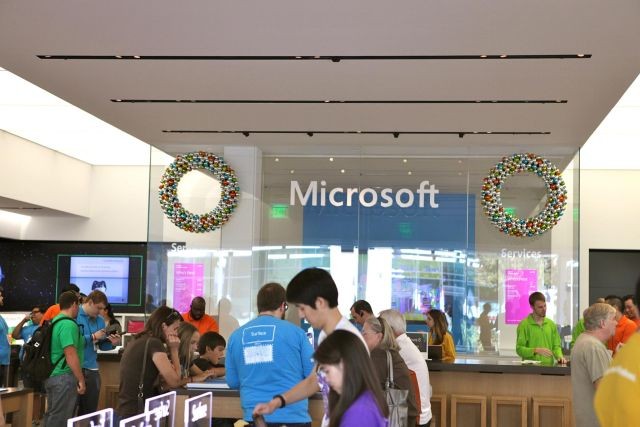 Microsoft has been very busy opening new retail store locations in North America over the past few months, including the launch of over 30 temporary holiday stores last month. Now a report claims that the company is finally making plans to launch new retail stores overseas.

The Financial Times reports, via unnamed sources, that Microsoft is in talks with a number of retail landlords in the UK to open new stores in that region of Europe sometime in 2013. Specific towns and cities in the UK were not mentioned.

At the same time, the report says that Microsoft will also conduct a review on how its current Microsoft Store locations in the US and Canada are performing around the end of the year. Depending on how the review turns out, this may affect what kinds of stores the company opens in the UK

While the permanent Microsoft Store locations that have opened so far tend to have a larger amount of floor space, the many temporary stores it opened last month are mostly smaller affairs, with the exception of the Times Square store in New York City. It's possible that Microsoft could see the smaller scale stores as the better bet for its UK locations.