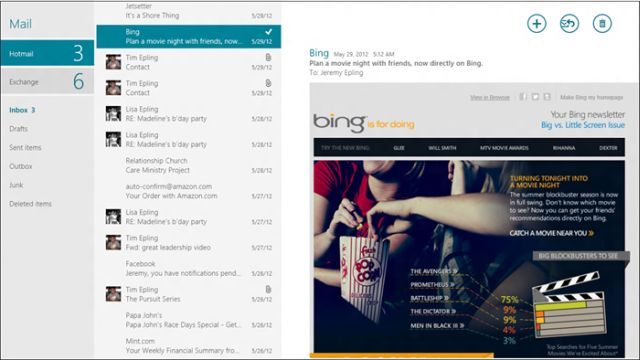 Earlier this week, Microsoft gave us more information on how it created the People Metro app for Windows 8. In the newest entry on the Windows 8 blog, Microsoft gives the same treatment to the Mail Metro app.

In the Consumer Preview version of Windows 8, the Mail app just showed messages and a reading pane. However, based on feedback from users, the Release Preview version design of the Mail app has been altered to now show three panels, with an account panel that is available on the left side.

The blog also goes into detail about how the Mail app handles the message list. revealing that for the Release Preview version, it now shows 14 messages at a resolution of 1366x768, instead of the 8.5 messages that were seen in the Consumer Preview version. 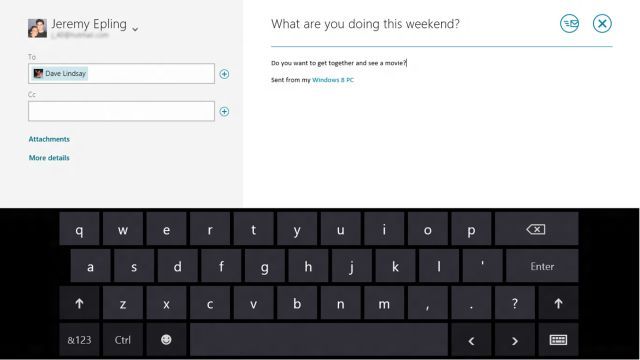 In terms of writing emails with a touch screen devices like a tablet, Microsoft has tried to give Windows 8 users as much space to write on the touch screen keyboard as possible. The blog post states:

The touch keyboard limits the amount of vertical space available, so it didn’t make sense to put the To, Cc, and other information above the body of the email. To create more space for your content, we put the To and Cc lines in one pane, and the subject and body into another. This also groups the info logically: all the information related to addressing the message is in one group, and your content is in another. The formatting commands are hidden by default to give you more space to write your email.

The blog also talks about some of the Mail app's Metro features. For example, while the app is "snapped" to the side of another Windows 8 Metro app, the user can still see a list of messages in the snapped state, along with being able to move between email accounts and folders. The Mail app also supports creating secondary Live tiles for any email folder and account and pinning them to the Windows 8 start screen.

Windows 8 can also download email messages in the background but with a device that might have a limited data plan, that could cause some issues. The blog post states:

One way we prevent out-of-control data usage is to only download the last 2 weeks of email by default. We’ve found that most people only actively engage with the last 2 weeks of email, so we don’t download all of the messages in your multi-gigabyte email account unless you specifically configure it that way for any given account. Also, this provides a much faster first download, so you can start acting on your messages more quickly.