Last month, Microsoft Rewards - formerly known as Bing Rewards - made its way to the United Kingdom. Initially available in the US only, the program replaced Xbox Live Rewards in Australia back in April as well. The service allows users to collect points for utilizing Microsoft's services or purchasing its products. These points can then be exchanged for rewards that range from "music, apps, to sweepstakes, and more."

Now, it appears that Microsoft Rewards is soon coming to France. 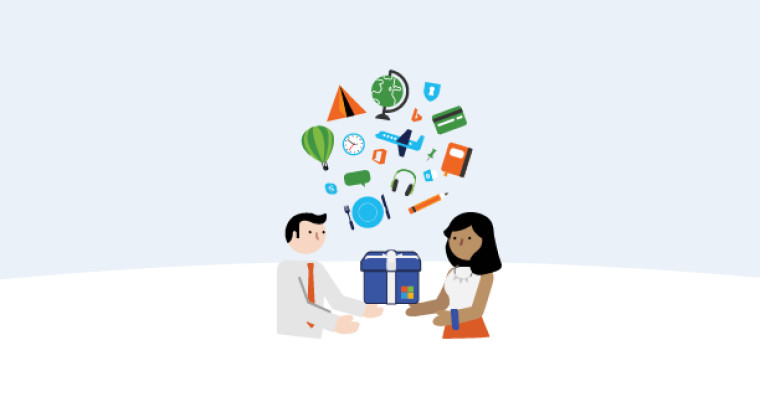 On MSFT reports that Windows Insiders in France have already started testing Microsoft Rewards, and the service should be making its way to all users in the country on June 12. According to the report, French users enrolled in the local "House of Fans" program from Microsoft were granted access to the Rewards program last week, and the service has now been made available to Insiders as well.

Once Microsoft Rewards launches in France, those enrolled in the program will be able to accumulate points through various methods, including browsing the internet via Bing and the company's Edge browser. They'll see other opportunities to earn too, including special challenges, quizzes, shopping deals, and other features that will help them top up their points total.

The options to redeem these points will depend on how many points the user has earned, but examples include Xbox promo codes, Skype credit, Windows Store gift cards, Groove Music Pass, and more.

Following its imminent launch in France, Microsoft Rewards is expected to make its way to Germany and Canada soon as well.

Source: On MSFT | Image via Microsoft