The Internet of Things (IoT) is gradually gathering pace, as companies around the world continue to explore the opportunities of interconnecting 'dumb' objects. From 'smart refrigerators' that can order your groceries, to teddy bears that can download songs to sing to your little ones, and tables in bars that summon a waiter when your drink is running low, the potential is simply immense - and everyone wants a piece of that pie.

Google has already made its ambitions in this space clear, with Android already available in a multitude of unexpected places, like washing machines and toilets. But Microsoft is getting on the action too, and after previously alluding to its IoT plans, the company is now pushing ahead with the release of a new custom Windows OS designed for this exciting and more connected world. 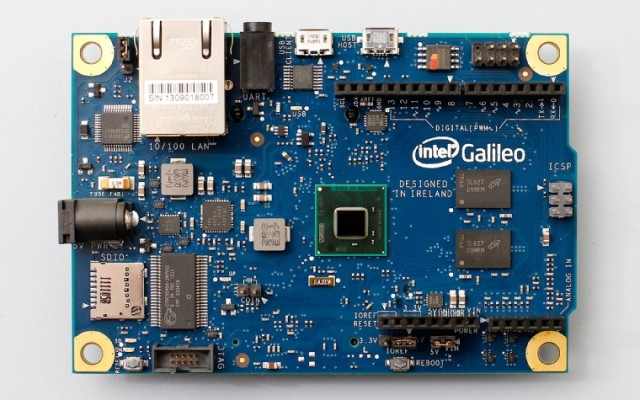 Earlier this year, the company launched its Windows Developer Program for IoT, with the aim of "bringing Windows to a new class of small devices". It seeded a small number of Intel Galileo boards to a select group of developers, which included a minimized 'proof of concept' version of Windows, created by Microsoft specifically for such devices.

Microsoft is now making that preview OS available to all developers with Galileo boards, which can be purchased from a range of third-party partners, such as Amazon, Fry's and newegg.com. The Arduino-compatible Galileo board features an Intel Quark SoC, with a 32-bit single-core 400MHz CPU, and - despite being not much larger than a credit card - also includes 10/100 Ethernet, PCI Express, JTAG and USB ports, along with an SD slot and RS-232 serial port.

The OS is a "non-commercial version of Windows 8.1", according to Microsoft, and the move to make it more widely available is an important step in its IoT plans. "The preview Windows image is another opportunity for makers and developers to create, generate new ideas and provide feedback to help Microsoft continue making Windows even better on this class of device," a Microsoft spokesperson told PCWorld.

However, the OS works only with the first version of the Galileo board, and does not yet work with the second-generation Galileo Gen 2, which launched earlier this month. However, that will change, eventually: "Microsoft is also committed to supporting the currently available Galileo Gen 2 hardware with a future release," the spokesperson said.

Full details on how to install the new Windows IoT preview OS can be found on GitHub.