Two weeks ago, Microsoft released Windows 10 Technical Preview for phones build 10051, and this week, it followed up with a minor update focusing on bug fixes with the release of build 10052. With this latest wave of updates to the preview, Microsoft opened up availability to almost its entire range of Lumia Windows Phone 8.x devices.

Not all handsets were on the 'approved' list though - the Lumia 930 and Icon were left out due to UI scaling issues, as was the new 5.7-inch Lumia 640 XL. The smaller 5-inch Lumia 640 was one of the devices for which Microsoft gave the green light to install the preview, but the company has now advised that it won't be possible to install it on some 640s - for now, at least. 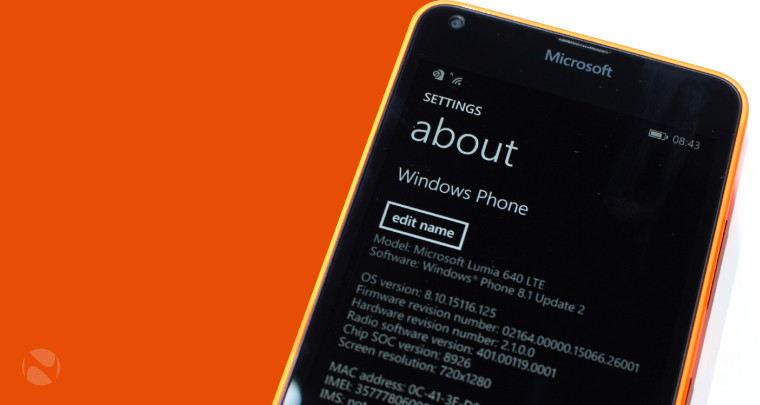 On its Community support site, Microsoft posted a notice for Lumia 640 owners in which it said:

If your 640 handset is on Windows Phone 8.1 and has an OS version greater than 8.10.15116.125, you will not be able to upgrade to Windows 10 Technical Preview currently. To check the current OS version of your device: Settings > About > (More Info)

The post went on to explain that installing the preview on a Lumia 640 running OS version 8.10.15116.125 or higher would cause problems that would prevent the device from rolling back to Windows Phone 8.1 if you encountered any issues with the Windows 10 preview.

As Windows Central notes, this sounds a lot like a similar problem that caused Microsoft to temporarily suspend availability of the Windows 10 preview for its Lumia 520, Lumia 525 and Lumia 526 last week. The company later resolved that issue with an update to its Windows Phone Recovery Tool.

For now, no such solution exists for the Lumia 640, but Microsoft says that it is "actively reviewing possible alternatives to see how we can best resolve this." Still, it only took a couple of days for the company to fix the problem for its Lumia 52x handsets, so hopefully it won't take too long to do the same for the Lumia 640.