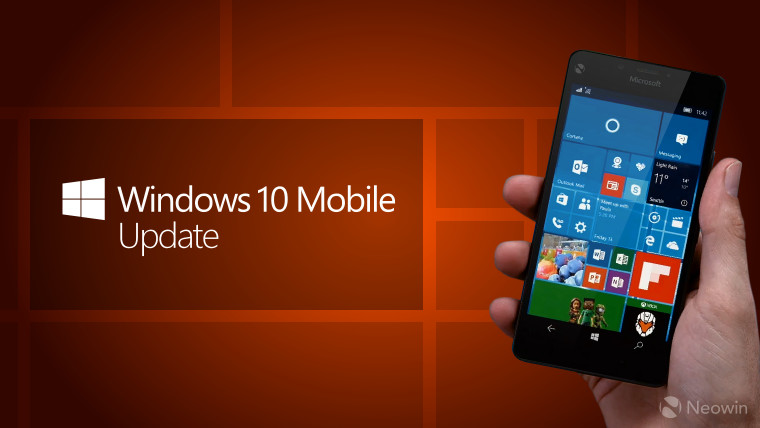 Ever since Microsoft released the Windows 10 Mobile Creators Update, all of the Insider Preview builds for phones have been from the feature2 branch, rather than Redstone 3, which is what PCs are getting. The new Mobile branch hasn't added any new features, leading many to believe that the OS is in 'maintenance mode', and that nothing new is coming.

According to a tweet from Microsoft's Brandon LeBlanc though, there are indeed new features coming, which are for enterprise users.

@AlvaroM30 The team is working on delivering some features for enterprise customers later this summer.

Of course, it's unclear what LeBlanc means by "features for enterprise customers". After all, it could mean improvements that are strictly for the Windows 10 Mobile Enterprise SKU of the OS, or he might be talking about Windows 10 Mobile features that are available to everyone, but aimed at the enterprise. Continuum would be included in the latter, and that would make sense, given the new features that Microsoft promised back in September at its Ignite conference.

Dona Sarkar confirmed to Neowin back in February that while the new Continuum features, along with Night Light, aren't available for Windows 10 Mobile just yet, they are coming. She added that the team is "trying to figure out when is the right time for them to be in the builds."

The timeline is also worth noting, since he says that the features are slated to arrive "later this summer." This certainly implies that the feature2 update will arrive before Redstone 3, which is now called the Fall Creators Update.

However, when Microsoft had promised to release the Windows 10 Mobile Creators Update on April 25, and then didn't acknowledge it until very late that night, LeBlanc made it clear that he's only familiar with Windows Insider plans.

@maryjofoley I am not familiar with the roll-out plans beyond the Insider rings. I can ask some folks though.

In short, we know little more than the fact that there is something coming to Windows 10 Mobile, at some point, and in some form. We'll find out later this summer what LeBlanc was talking about, as we're not likely to get a formal announcement until it's live in an Insider Preview.

Source: Plaffo via On MSFT