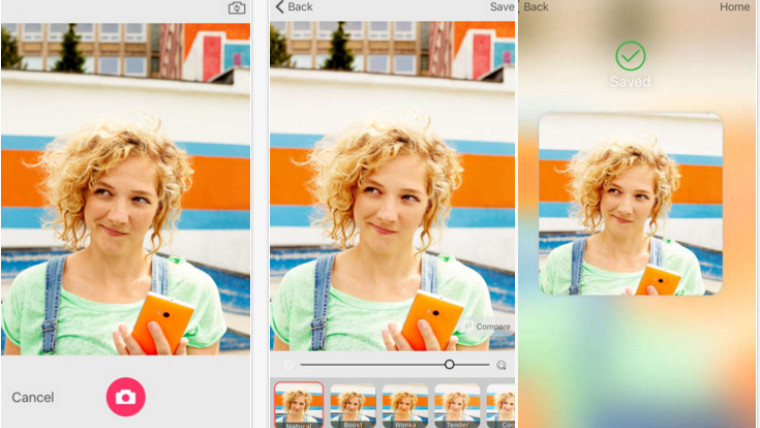 Microsoft has recently been building a growing number of apps for its rivals' platforms, and it has now launched one more for iOS. The app, simply called Microsoft Selfie, provides the ability to capture or edit self-portraits using intelligent processing.

Microsoft has been aggressively targeting iOS and Android users with its apps in recent months. Some of the apps, such as Twist for iOS, are from its Garage division, which develops experimental software, while others are those that complement its core products such as Office, Skype for Business and Cortana. The latest app from the company is unrelated to any of its products and simply enables users to take better selfies.

According to the app listing on the iTunes store, Microsoft Selfie performs smart processing on images by considering factors such as the user's age, gender, skin tone and the lighting conditions. Users can edit both newly-captured and existing images using the Selfie app.

Microsoft Selfie is available for the iPhone, iPad and iPod Touch running on iOS 8 and above.

Source: iTunes via The Verge | Image via Microsoft