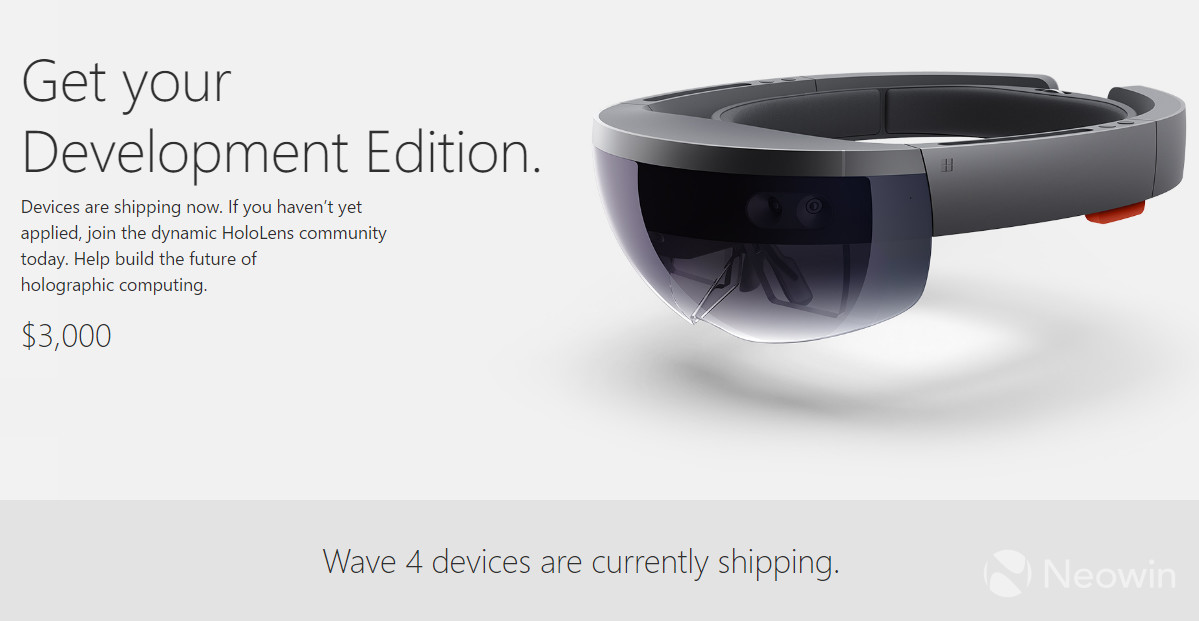 Less than two weeks ago, Microsoft sent out its third wave of invites to those patiently waiting to purchase its HoloLens Development Edition headsets. Today, as Windows Central reports, Microsoft is now sending out the fourth wave of invites - and indeed, the company's own site now states that 'wave 4 devices are currently shipping'.

Those who receive an invite will be provided with instructions on how to purchase the Development Edition headset, which is priced at $3,000.

Microsoft initially said that each wave would would ship over the course of 2-3 months; but this month, it said that it would increase the pace of its rollout, with subsequent waves expected to ship within 3-4 weeks. Given that just 12 days have passed since then, it seems that Microsoft is very eager to get its holographic headsets into the hands of developers.

Earlier this month, Microsoft announced big plans for the 'mixed reality' market, opening up Windows Holographic - the specialized version of Windows 10 that runs on HoloLens - to its hardware partners. It added that new Windows Holographic devices are now "months away... not years".