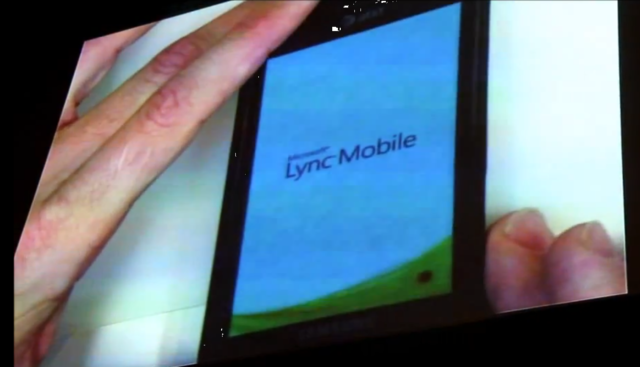 The Redmond software giant has shown off yet another product previously unseen at it's Tech Ed conference in Auckland, New Zealand today. Lync was confirmed to be coming to Windows Phone, but details have been scarce, and we haven't actually seen the software in action yet.

Today, it was caught on video in a session at Tech Ed. The screenshots in this post depict a slightly older (and very buggy) build of the messenger client. 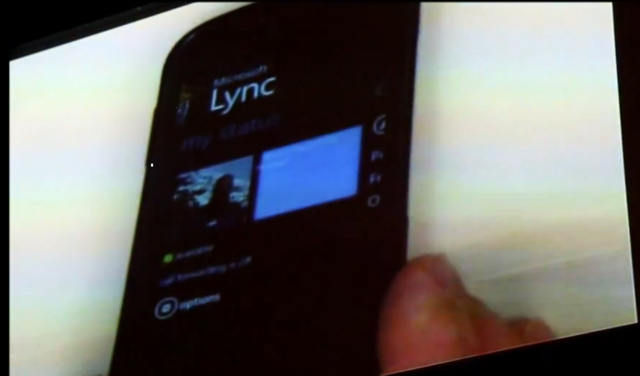 It's not clear when the client is launching, but Microsoft says it will launch the service on "iPhone, iPad, Android, Symbian and 'Something else'" in the coming weeks, so we expect it'll be unveiled when Mango hits carriers. In the same session, Microsoft also mentioned that front-facing cameras are coming to Mango, and implies that Lync Mobile will support this when it launches. 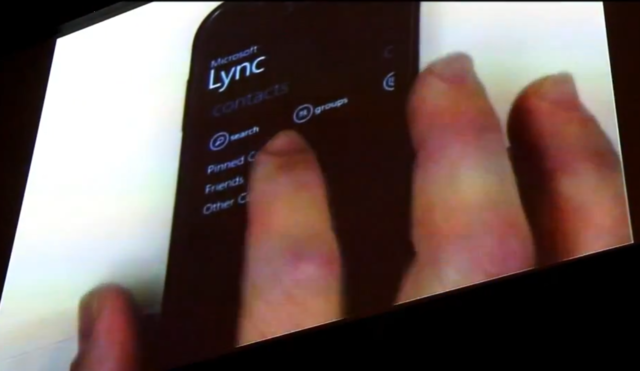 Hopefully the final versions of the client are more stable, as in the video it crashes three times during the demo. It's great to see Microsoft delivering these products so fast, and to a wide variety of platforms as well as their own. You can watch the original video below.

Mango is the major update to Microsoft's Windows Phone 7 platform, which brings many new features such as multitasking, IE9 support, deep social networking, integrated chat and more. The RTM software is expected to be available to retail devices in the next few weeks and new Mango hardware is releasing around the world slowly, with Fujistu releasing the first handset today.

Thanks to Alan Burchill for the video and information on this!