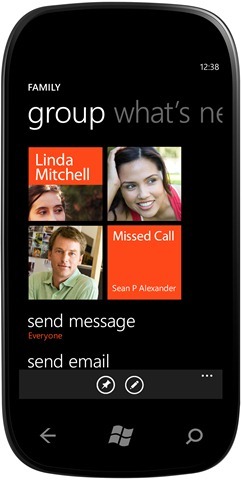 Microsoft showed off some of the new features of WP7 Mango today. The first feature showed off was the new tiles notification. The People tile has been extended to work with a variety of new social networks and media, Visual Voicemail will also be available in the live tile. You can now set up groups of people and communication features using groups. 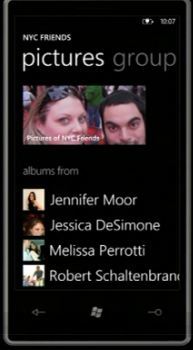 The typing experience has been improved as well, specifically in auto-correct.

Threads is a new tool that combines many different communication platforms together into one thread of data. You can text, chat, Facebook, Google Chat, all in one thread of conversation.

Linked Inbox made an appearance, letting you combine multiple inboxes into one tile. Permissions are added to messages, so you can add tags like "do not forward," and it will become a locked message. This has a lot of potential for the enterprise folk as well.

Meetings and scheduling has been streamlined, including the addition of Facebook event integration into the calendar. The calendar in general has been updated, and it can now display multiple calendars as different colors, with integration for each calendar entity.

Voice control has been greatly improved, including automatic notification voiceover. Your phone will read you a notification, and it will ask you if you want it to read it back to you. It will give you voice options to read or delete, for example. All this is done by voice command.

Microsoft then talked about some new application enhancements to each WP7 hub. In Photos, the photos are automatically scanned for tagging, and will share those tags across social networks, and smoothly transfers control to other social applications. Some improvements to the Office hub were shown off, especially collaboration and productivity using SkyDrive and an updated Excel app. These improvements will benefit the consumer and the employee equally. Some new features to Games were shown. Multitasking was shown off, and it was extremely smooth, even on a 3D-accelerated game. You can now set a game to pause whenever a notification comes in, and it will resume when you are finished. Better integration with Xbox Live was shown off, and now global scores and other social data are shared in the Xbox Live hub, instead of inside each game. 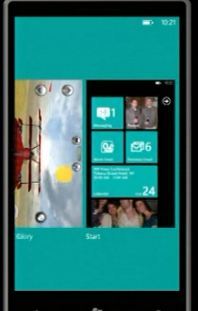 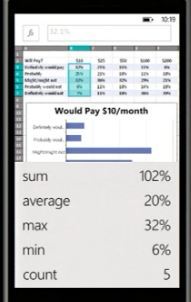 Application developers can now put notifications in live tiles, and an application by British airways was shown that displayed your current flight status in the app's live tile. The app was also used to show off the possibility for developers to use 3D acceleration in apps outside of the XNA development tool for games, using a 3D walkthrough of a plane to choose seats. They also were ale to display the scannable boarding pass RF box into a live tile. Overall, Microsoft is looking to integrate the app experience deeper into the basic OS experience, instead of keeping apps as silos. 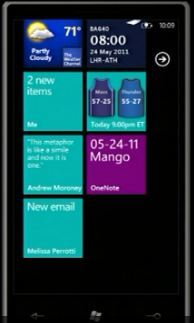 IE9 was announced at the event, and some interesting innovations that will come with it. The HTML5 speed test was run a variety of phones and platforms. On the speed reading test, Blackberry scored 4 fps, and WP7 was running at 26fps. Android maxed out at 10. This is accomplished by hardware acceleration in the phone and browser. New integration features for Bing were shown off that really make search results tie into features in the OS itself, instead of just delivering web links.

The Mango update will be available to all WP7 phones, and will be a simple update on each phone, free of charge.

Carriers will now be able to add a lot more customization to the phones they're releasing. Microsoft announced that that Mango will be the release that gets shipped on the first Nokia phone, and that Nokia phones running mango are already in the lab and working.