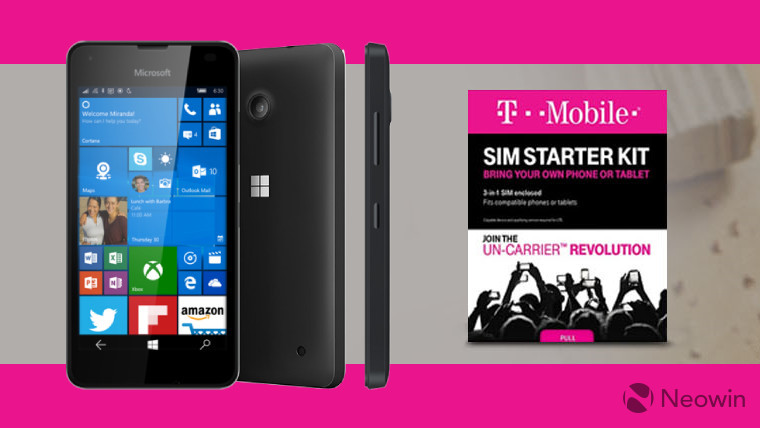 Now, the deal has returned, with an added bonus. Not only is the handset's price reduced, but the Microsoft Store is also throwing in a free T-Mobile SIM Starter Kit, worth an additional $40.

The Lumia 550's key specs include:

However, if you're thinking of taking advantage of the offer, you'll have to be quick. Microsoft says that it's "valid only on June 20, 2016, while supplies last".

But be sure to read our review of the Lumia 550 before doing so. The 550 earned itself one of the lowest scores we've ever awarded to a device; if you've got your heart set on a Windows 10 Mobile handset, and you can stretch your budget further, you might want to consider the far superior Lumia 650 instead.