There has been a fair bit of debate about the final box art design for Windows 7; you may have seen earlier that CentrumXP revealed versions of it, which some were doubtful of, but now (thanks to Long Zheng) we may finally have official confirmation... and it seems that CentrumXP was correct.

The box art has shown up on the official Microsoft Store page for Windows 7, which means it's pretty safe to say that this will be the final box art used for the upcoming operating system. Of course, Microsoft haven't actually confirmed themselves that this is what we will be seeing on retail shelves, but we're pretty sure it's safe to say that this is what it will be. Long Zheng initially doubted the art (as did many others), but he stumbled upon some evidence that showed it could potentially be the real deal, but again, this seems to have all become clear now. For handy viewing (and in case you don't want to click on any of the aforementioned links), we've included the un-cropped image below, from the Microsoft website: 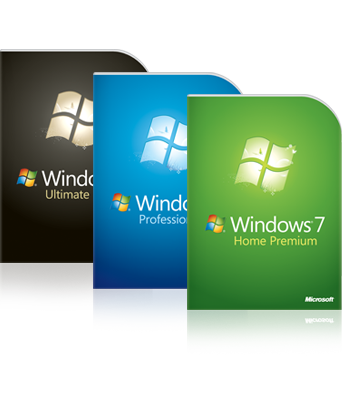 If this isn't good enough validation for you, then we don't know what is. So, now we have an official release date, and official box art... all we need to see now is some pricing. Everything is finally coming together for Microsoft's latest and greatest, and before you know it, we'll be out buying the software for ourselves. What do you reckon, Neowin? Is this a nice and attractive box art for Windows 7, or do you think it could be better in some way?