In early 2012, Microsoft expanded its internal game development efforts with the opening of Microsoft Studios Victoria in British Columbia, Canada. The promise of new and innovative games from that location was never fulfilled and now the Victoria offices are shutting down. 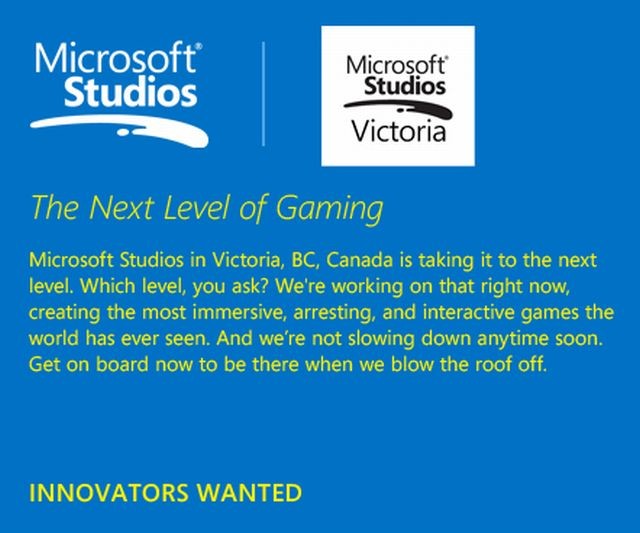 The Victoria Times Colonist website has confirmed with Microsoft that the office has closed, with the company stating, "This was not an easy decision, but one guided by our desire to centralize development in our Vancouver studios." While Microsoft did not confirm how many people have been affected, the article estimates that at least 30 game developers lost their jobs due to the decision. However, Victoria has a number of other game developers and at least one, TinyMob Studios, says it has already hired some of the staff that were laid off by Microsoft.

The Victoria office opened partly due to the efforts of Don Mattrick, a long time resident of the city who at the time was head of Microsoft's interactive entertainment division. Mattrick left Microsoft earlier this year to become the CEO of Zynga.

Microsoft still operates Black Tusk Studios in Vancouver, British Columbia which is working on a major game for the Xbox One. At E3 in June, Microsoft offered a very quick teaser of the unnamed game that Black Tusk is developing, which showed a man rappelling off a building in Singapore and taking out a guard.