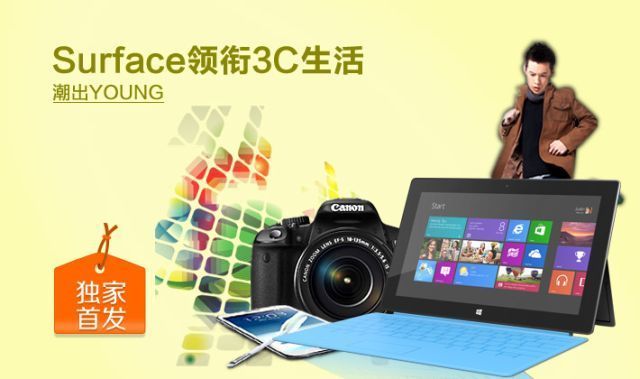 According to a statement set to Neowin from a Microsoft spokesperson, "Microsoft is very excited to announce that it is working with Chinese retailer Suning to bring Surface with Windows RT to 500 retail stores across Mainland China and Hong Kong, as well as through its online store www.suning.com." Suning reportedly has over 1,300 stores in Asia but there's no word on how many Surface tablets will be shipped to Suning's stores.

This is a different business model for the Surface tablet than what Microsoft is doing in other parts of the world. Microsoft has chosen to sell the Surface itself in the US, Canada, the UK, France, Germany and Australia on the official Microsoft Store website, as well as in Microsoft's retail stores in North America.

As we have reported before, online orders for the Surface have already been back ordered by at least a week, in North America and Europe.