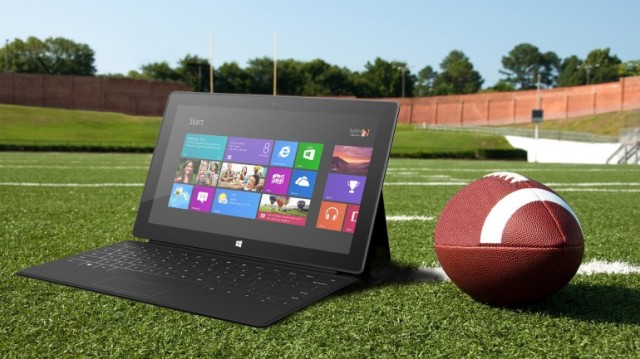 The NFL began their pre-season celebrations yesterday by inducting seven new players into the Hall of Fame, including two players from teams that kickoff tonight: Andre Reed of the Buffalo Bills, and Michael Strahan of the New York Giants. What will be different for fans watching the game tonight is that Microsoft Surface tablets will be visible everywhere on the sidelines and in the coaching booth. This is the result of a $400 million dollar, five year deal between Microsoft and the NFL.

The NFL is starting to emerge from the 20th century and Microsoft is helping them out with this by providing 25 Surface tablets to each team. Thirteen of the tablets will be used on the sidelines, with another dozen held by coaches watching the game from upstairs. SFGate reports that this is the first time that players will be allowed to use this type of technology during a game; previously they used fax machines to send pictures of plays down to the sideline, and these documents were stored in 3-ring binders for players to look through during breaks. With the new Surface tablet agreement, players will be able to look at full color plays and can display up to four images at a time. 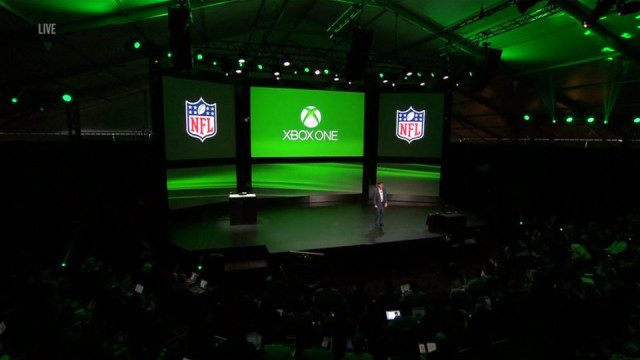 The NFL isn't ready to open the lid on all of the technology quite yet though. For example, the Surface will be locked down to prevent players and coaches from watching video. In addition, there will be no Internet access available through the devices; the only network connectivity is via a secure private network that hooks all of the Surface devices together. According to the NFL, "we want to make sure the players are deciding wins and losses, not technology."

There's some other new technology that, while not as visible, will hopefully lead to a better game. These include RFID chips implanted in the shoulder pads so that coaches can know exactly where and how fast players are moving; wireless communication between the referees; and instant communication between the head referee and the instant replay officials in New York.