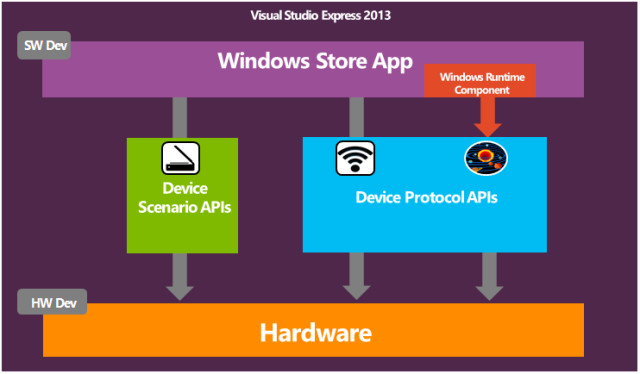 In June at BUILD 2013, Microsoft announced that it will be adding native support for 3D printers in Windows 8.1. As it turns out, that's just part of the improvements Microsoft is making for the OS update in terms of adding more support for external hardware devices.

In a new blog post, Microsoft states that Windows 8.1 will add device support for more scanning and Point of Sale products. More importantly, the company is introducing what it calls device protocol APIs that will allow any Windows 8 app to "talk" to a device using standard protocols such as USB, Bluetooth, WiFi Direct and more.

As a developer, all you need to do is simply identify the device (leveraging metadata) and then open a communication channel to the device. Opening a channel prompts for user consent. This is a critical step to help prevent apps from accidentally or maliciously communicating with one or more devices without the user’s awareness. Once access is granted, the app can communicate with a device, including starting long data transfers, which can continue even if the user swipes to another app.

Microsoft say adding access for Windows 8 apps to devices via device protocol APIs will allow developers to create custom apps for controlling their devices without the need for them to also make custom drivers. Microsoft went on to add that even a high school student will be able to make an app that controls a hardware add-on for a science project, thanks to the device protocol API model.