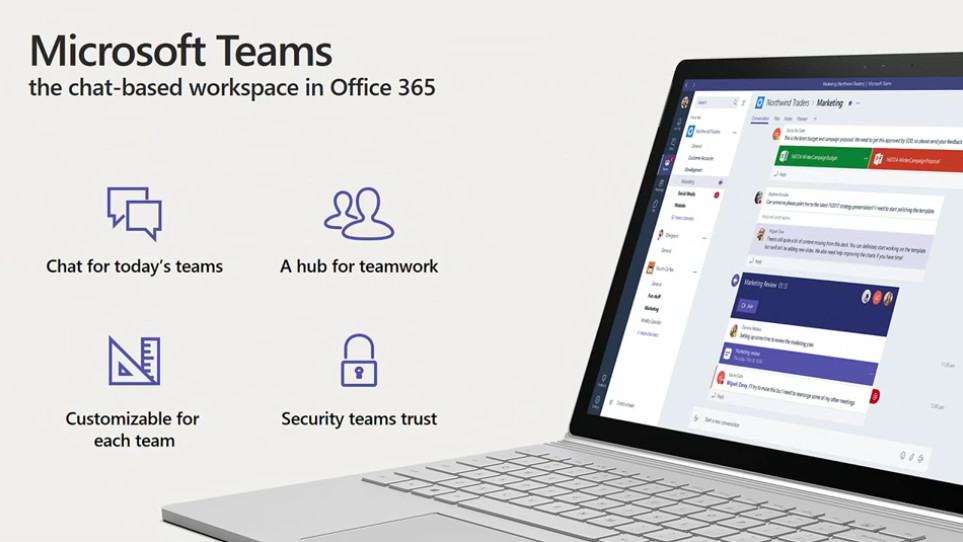 Microsoft, in a blog post on Monday, announced the addition of guest access to Microsoft Teams, noting that it has been one of the most-requested features; the feature allows for the addition of individuals outside of an organization to various chat rooms on the organization's Team workspace.

The company also announced along with the new feature, that 125,000 organizations use the service with about 100 million active Office 365 users.

Microsoft Teams is the company's chat and collaboration software competitor to Slack. Since launch, the Microsoft solution has had the flaw of only being available to members of an organization by limiting addition to chat rooms and workspaces to only individuals within the company's Azure directory. This had the effect of limiting collaboration and communication from external sources such as contractors, workers, and others who are not within the organization directory.

The current implementation of the feature allows administrators to add accounts from outside the organization. Conversely, the accounts still have to be some form of Azure Directory accounts, but Microsoft has stated that at some time in the future, the feature will be opened to work with any Microsoft account.

Furthermore, it should be noted that the software is still limited to Office 365 commercial and education customers, and this restriction limits adoption especially when compared to Slack that is essentially free and available for all to use.

Just last week it was reported that Microsoft may be rebranding Skype for Business to Teams. Whether Microsoft plans to open up Teams' services for use by non-Office 365 subscribers or not, remains currently unknown.