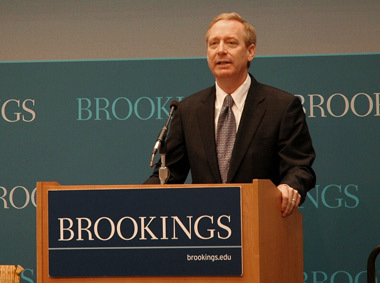 Microsoft believes there is a growing problem with being able to hire highly skilled workers in the United States, particularly in the areas that involve science, technology, engineering and mathematics, also known as STEM. Today, the company called for a strategy to not only improve science and technology related education in the US but also wants the government to allow more qualified foreign citizens to work in the US in these jobs.

In a post on Microsoft's Issues blog, its General Counsel & Executive Vice President Brad Smith said that Microsoft has published a new white paper that it calls its National Talent Strategy for the purpose of increasing the number of technology jobs that are filled by workers in the US.

Smith writes that Microsoft itself is trying hard to fill a ton of open positions at the company, saying:

We now have more than 6,000 open jobs in the country, an increase of 15 percent over the last year. More than 3,400 of these jobs are for researchers, developers and engineers, and this total has grown by 34 percent over the past 12 months.

The proposal calls for schools in the US to add more resources to recruit and train STEM teachers, along with adding more access to computer science in high school and more. Microsoft would also like for the US government to add a new category for immigration services that would allow for 20,000 citizens from overseas to come to the US to work that have STEM skills.