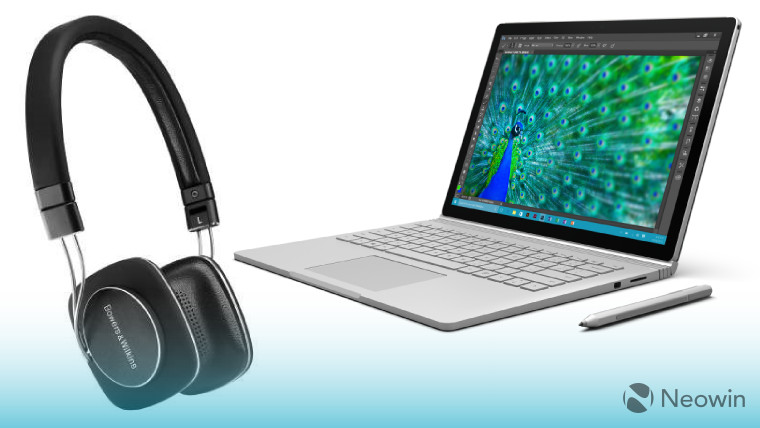 Two weeks ago, Microsoft launched its 'refreshed' Surface Book with Performance Base in 13 new markets. The new models all have sixth-generation (Skylake) Intel Core i7 chips - the same as their predecessors - but feature improved battery life and graphics performance.

The UK was among those countries to get the new Performance Base models, and Microsoft appears to be doing its best there to clear out the remaining stocks of its first-gen Surface Book models. Last month, it introduced discounts of up to 22% off most of its Surface Book range, in a deal scheduled to end on May 31.

That deal remains available on the Core i7 versions, but today, Microsoft has added to it with an extra freebie. In addition to the substantial discounts, Microsoft is also including a free pair of Bowers & Wilkins P3 Series 2 On-Ear Headphones, worth £119.99.

The Intel Core i7 model with 8GB RAM and 256GB RAM is already out of stock, but the deal is still available on these two models:

The offer is still due to continue until May 31, or "while supplies last" - and given that one Surface Book model is already out of stock, it may be best not to wait too long if you're thinking of going for it.