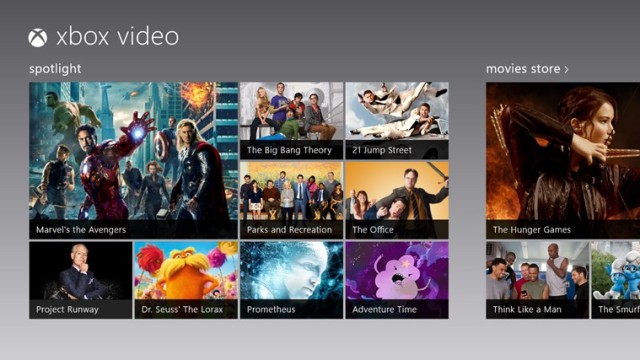 Microsoft updated its Mail, Calendar and People Windows 8 apps late on Monday night, and its Xbox Music app got a similar update earlier today with a number of new features and improvements. Now it looks like Microsoft has pushed out an update for the Windows 8 Xbox Video app as well.

The change notes, as posted on the app's Windows Store page, don't indicate much in the way of new features. The only major new addition is that closed captioning support has now been added for most of the movies and TV shows in the Xbox Music download library. The patch notes also stated there have been some other unnamed "performance enhancements and feature updates." If we get any more information about the changes, we will update this post.

That still leaves a number of Windows 8 apps from Microsoft that have yet to receive a monthly software update for March, including the Bing Maps, News, Finance, Travel, Wather and Sports apps. There's are apparently also plans to update the Reader, Camera, Photos, Xbox Live Games and SkyDrive apps. It's more than possible that Microsoft is staggering these app updates over the course of the next few days.