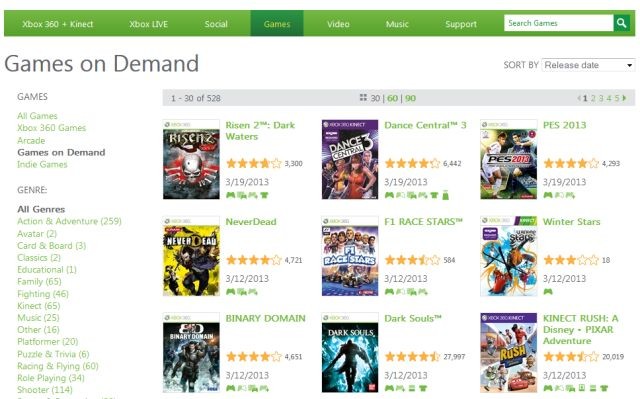 There are tons of rumors about how the next version of the Xbox may have an always-on Internet connection in order to keep consumers from selling their retail disc games. However, for the current Xbox 360 console, it appears that Microsoft wants to keep its strong relationship with brick-and-mortar stores and will avoid selling major games day-and-date with their retail releases.

While Sony's PlayStation 3 and Nintendo's Wii U both offer some major games via download on the same days they first appear in stores, Microsoft doesn't have that kind of program for its own Games on Demand service for the Xbox 360. The company typically waits several weeks or even months to offer disc-based games for download.

Joystiq reports that during a panel this week at the MIT Business in Games conference, Microsoft's Xbox Games on Demand Senior Business Manager Erik Yeager explained the reasons for the company's current policy:

We have a lot of strong partnerships with retailers. We really need them to do a lot for us. They're the ones out there selling the consoles, selling the peripherals and, in this time, we're trying to figure out how to fit that in to the whole digital landscape shift.

The bottom line seems to be that Microsoft wants to keep its working relationship solid with retailers such as GameStop, Walmart, Best Buy and others in terms of giving them the first shot of selling Xbox 360 games.

The big question: Will the rumors of blocking used game sales for the next Xbox turn out to be true and, if so, will that cause a major rift between Microsoft and GameStop, which relies heavily on sales of used games? Indeed, an executive for the retailer has already said their customer surveys have indicated gamers won't buy next-generation consoles if they can't resell their games.