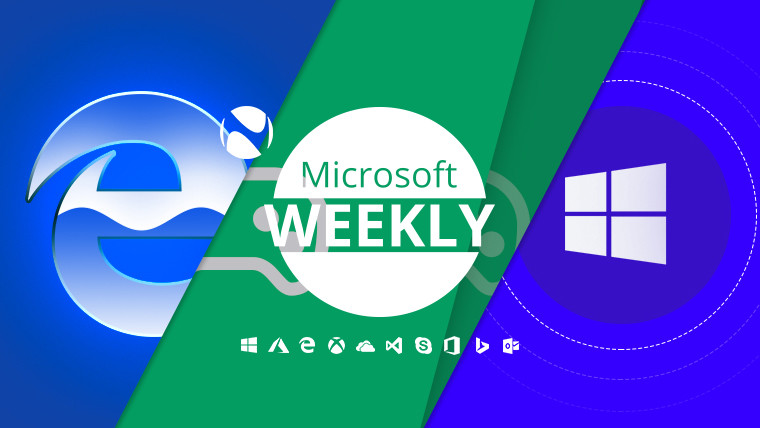 Depending on what you wanted to see happen, these past seven days were a tad more quiet than usual, with a sprinkling of game news, a small handful of previews, and a leak of the Chromium-based Edge. Make sure to check all that out – and of course, the usual bit extra – in your Microsoft digest for the week of March 23-29. 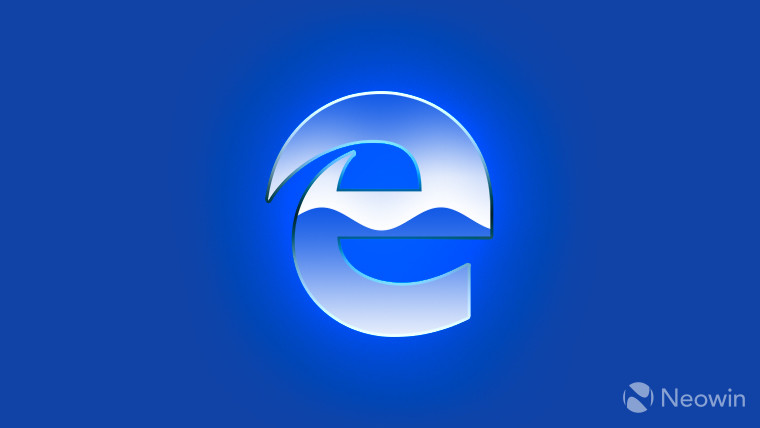 We’ve known for a while that Microsoft was ditching EdgeHTML in favor of Chromium – the company even said as much -, but despite opening sign-ups for an Edge Insider Preview, no builds have been pushed out. That aspect still hasn’t changed, although a build has actually leaked.

On the off chance that you don’t really want to download .zip archives from random sites, but are still curious how the browser looks like or what’s currently included in it, be sure to head over to this link. We’ve installed it and poked around so you don’t have to.

The fact that an Edge Insider extension has made its way to the Store does indicate that we’re not too far from an actual public release. Furthermore, we know – also thanks to this extension – that Edgium (for lack of a better name) will follow a similar structure to Chrome’s development, opting for Canary, Developer, and Beta channels.

Since Edgium appears to be pretty functional at this point, it’s not too much of a stretch to assume that it would be detailed some more at Build 2019 – which takes place May 6 – 8. 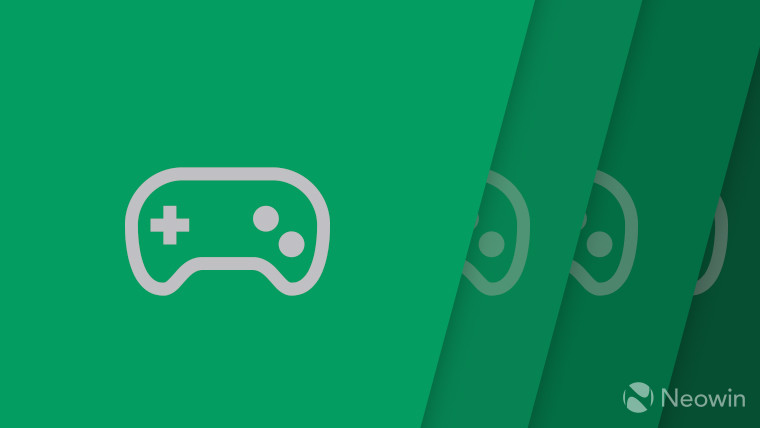 If you’re using Microsoft’s home console and you own Metro Exodus, you’ll be happy to know that its Ranger Update - which dropped this past week - brought a number of new things. Perhaps one of the more important features is keyboard and mouse support, and addition that’s probably right up the alley of players who prefer this control scheme for FPS games. Furthermore, New Game+ has also been added, and for those curious about the size of the update, it clocks in at 6GB. Do keep in mind that 4A has stated that update sizes do vary across platforms, with the Steam variant only being 1.8GB in size, for example.

On the subject of additions, Paradox has released the Parklife expansion for Cities: Skylines on both Microsoft and Sony’s console. It retails for the usual $14.99 and brings the console variant of the city builder closer to its PC equivalent (which got this expansion in April of last year).

As was revealed last week, the Redmond giant did indeed follow in the footsteps of Nintendo with its very own indie game highlight show dubbed ID@Xbox Game Pass. The really interesting tidbit revealed during the show was that games like Blazing Chrome, Killer Queen Black, and Outer Wilds – not to be confused with Obsidian’s The Outer Worlds – will be coming to Game Pass on launch day.

Lastly, a newsletter might’ve spilled the beans in regards to Halo: The Master Chief Collection’s PC release. Although we knew it was coming as a staggered release – with Halo: Reach first, then Halo: Combat Evolved, and so on -, 343 Industries didn’t reveal any release dates. According to this newsletter, the entire collection may be out on PC by the end of 2019. 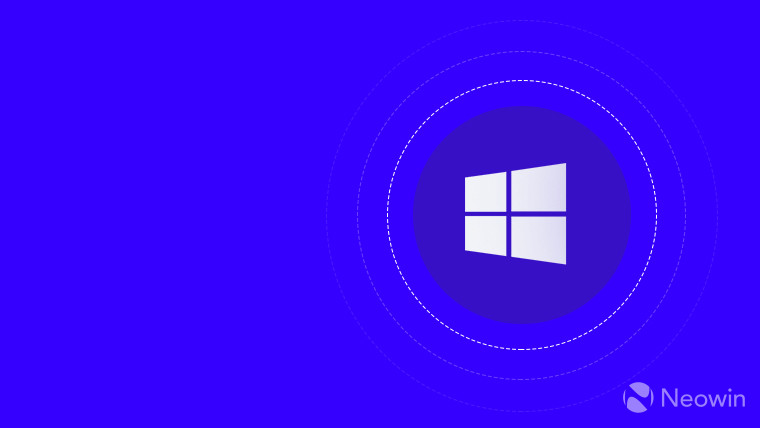 We kick off this section with a preview for something that’s arguably not as glamorous as the regular Insider builds, though perhaps more useful. I am of course talking about preview 1903 of Windows Admin Center, which has added extension-related notifications, as well as Active Directory, DNS, DHCP, and Azure Monitor-specific tools delivered via extensions. Among known issues there’s an error upon setting up Azure Monitor (which should be fixed shortly), and as well as an error when accessing Admin Center via Google Chrome.

Build 18361 of the SDK Preview has also been released this week, with it bringing the same changelog as previous versions – in other words, nothing new at this point. It can be used in a production environment alongside other SDK iterations, though it only works with Visual Studio 2017 or later and compiled apps must still target Windows 10 1809 or earlier.

Even though we’re quite close to 19H1’s final release, some kinks still need to be ironed out, as evidenced by Microsoft not offering build 18362 to Slow ring Insiders. This wasn’t done out of spite, but rather because folks that had the latest Slow build (18356.16) found that 18362 would just refuse to install. As such, they won’t be getting this iteration until the company finds a fix.

Sticking to 18362 a tad longer, the block that was put in place for this build due to anti-cheat software causing bugchecks should be lifted now. That means that those in the Fast ring will finally be able to install this one, though it still has two remaining known issues: the one about Creative X-Fi cards, and the one relating to Realtek SD Card readers. Slow ring folks are out of luck, as evidenced in the previous paragraph.

No matter though, as all is well for the Skip Ahead sub-ring, which this got build 18865 of the 20H1 branch, filled with fixes for various Narrator-related bugs. As this version of Windows 10 is slated for the first half of next year, there’s no surprise that the build revolves around fixes and not new features. 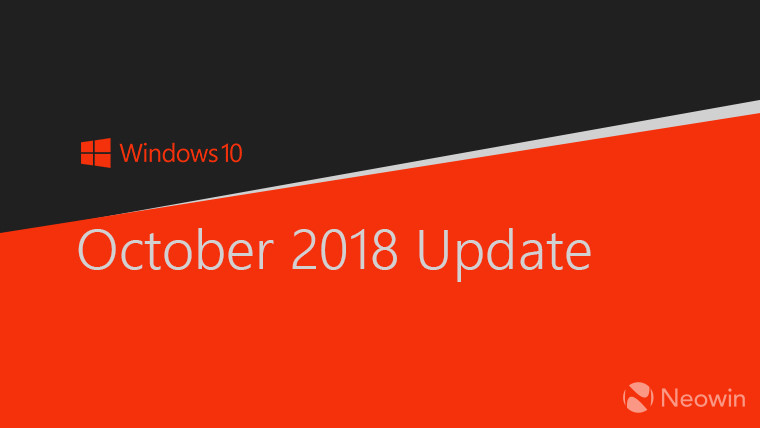 We end with a bit of interesting news concerning a former MalwareBytes security researcher who has pleaded guilty to hacking both Nintendo and Microsoft servers. From the latter, he admitted to have stolen confidential data, usernames, and passwords, totaling 43,000 files.

The damage done to both companies is estimated to around $2.9 to $3.8 million, and for his actions, he has been sentenced to 15 months of imprisonment, suspended for 18 months. The hacker was however given a Serious Crime Prevention Order, which translates to an unlimited fine and up to five years of prison in case he commits any serious offenses in the next five years.

In further not exactly brilliant news for Microsoft, the ill-fated October 2018 Update (1809) is on a rather low 26.4% of Windows 10 PCs. This is a bit on the low side – especially given that 19H1 is so close to public release -, though it shouldn’t really come as a surprise given the kerfuffle around the initial launch of 1809.

Finally, as April Fools’ Day is just around the corner, we’ve learned that Microsoft will not be making any jokes this year. Though a bit disappointing on one hand, it’s actually quite refreshing given that April 1 is a bit of minefield to navigate, especially in terms of product announcements.