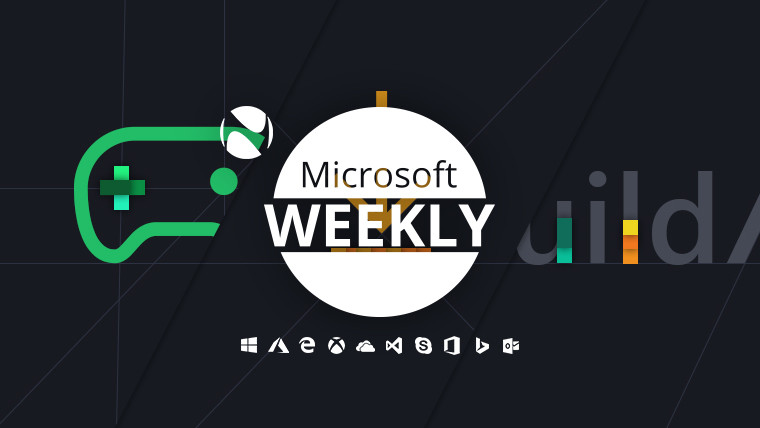 This week we got to see Microsoft shift both Build and its E3 presentation to virtual events, the advent of this month’s Patch Tuesday, and even Bill Gates stepping down from his position on the Board of Directors. You can find that – as well as the usual little bit extra – below, in your Microsoft digest for the week of March 7 – 13. 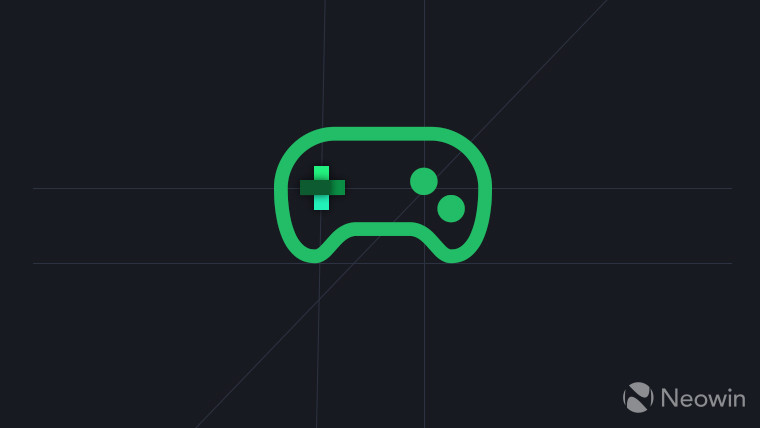 Project xCloud, Microsoft’s entry into the game streaming market, is currently still in its testing phase, with availability on new platforms slowly rolling out. Of course, one of the platforms it’s yet to reach is Windows 10, but as was announced at X019, the service should arrive on PC this year. In fact, Xbox’s Phil Spencer has unsurprisingly been testing the dedicated app, as spotted by savvy Reddit user An Xbox Dude. In other xCloud news, the service will now show you trailers for games to play. Think of it as a similar implementation to Steam’s recommendation queue, though limited to five games currently.

Moving on to Xbox Insiders, the Redmond giant has made a few changes concerning the way in which XP is recorded. This will mainly affect the Leaderboard, with Microsoft stating that there’s too much of a gap in XP scores between people that have been Insiders for a long time and newer Insiders.

Insiders testing the upcoming Flight Simulator reboot have gotten the latest Feedback Snapshot, with version 3 also arriving this month if everything goes according to plan. The latest Alpha build is in release testing, with registrations for those as of yet unregistered beginning March 16. Starting March 19, the invitation timeline, release date, and build notes are expected to be unveiled.

Those who are testing the ever-expanding Halo: MCC on PC should be looking forward to test builds for Halo 2 and the Forge and Theater modes for Halo: Reach – as well as audio fixes – by the end of March.

What you won’t have to wait until the end of the month for is the Heart of Fire monthly content update for Sea of Thieves, which brings in a new Tall Tale, chain shots, a new usable item called the Blunderbomb, and more. The update comes in at 5.34GB on base Xbox One consoles, and 9.12GB on Xbox One X and PC.

Also out now is the sequel to Moon Studios’ critically acclaimed 2015 Metroidvania, Ori and the Blind Forest. Dubbed Ori and the Will of the Wisps, it’s available for PC and Xbox One for $29.99 or via Xbox Game Pass, and you can check out our review right here.

If you have an Xbox Live Gold subscription, you can now claim Shantae: Half-Genie Hero for the Xbox One, as well as Sonic Generations for the Xbox 360 and Xbox One for free. Until the end of March, you’re also able to claim Batman: The Enemy Within – The Complete Season from the previous batch of Games with Gold.

Joining the other cancelled or postponed events, the Entertainment Software Association announced that E3 2020 was not going to take place in light of the spread of COVID-19, or the novel coronavirus. As a result of this, both Ubisoft and Microsoft have decided to pivot to digital events, with the latter possibly going for an Inside Xbox-type format, as it did for X019. This is an even more important event on Microsoft’s end with the advent of the next-generation of consoles slated for a Holiday 2020 release. 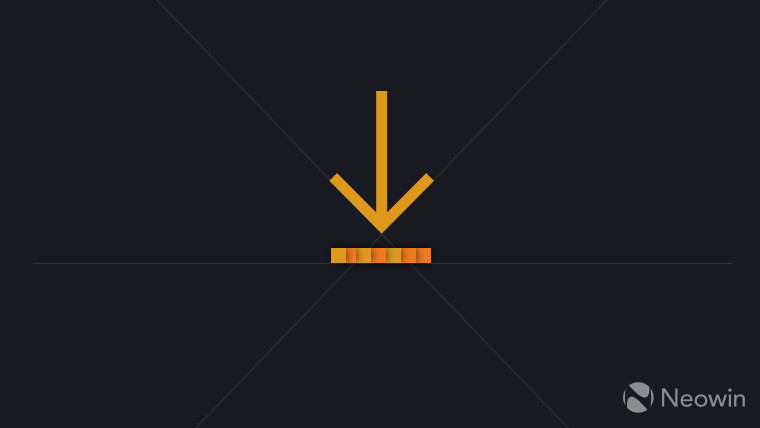 As is usually the case, the second Tuesday of the month has brought a set of mandatory updates. For Windows 10’s various versions, they are:

Also worth mentioning is a post-Patch Tuesday update for versions 1903 and 1909, namely KB4551762, builds 18362.720 and 18363.720, respectively. This one fixes a security vulnerability related to SMBv3, but has the same container-related known issue as the previous patch. While it’s been released after Patch Tuesday, this is not optional. This is a mandatory update that you can install either manually or through Windows Update itself.

We mustn’t forget that Windows 8.1 and Server 2012 R2 are still in their extended support phase, and as such have received updates:

Although consumers will not be getting these updates as both Windows 7 and Server 2008 R2 were pronounced EOL in January, enterprise customers that have opted for ESUs (Exteded Security Updates) will receive the following:

Although security-only updates can be downloaded manually, you won’t be able to install them on your system unless you’ve opted for extended security updates.

Switching gears to the Insider Program, Microsoft pushed out build 19582 of Windows 10 vNext to the Fast ring, with improvements for Eye control, as well as Your Phone compatibility with Samsung’s latest Galaxy S and Galaxy Z Flip devices.

In terms of fixes, the security status has been removed from the About Settings section, and it resides now under Settings > Update & Security > Windows Security. If you disable your location, the “set time zone automatically” option will now be disabled, and the Scottish Gaelic keyboard has been updated too. Folks that were getting error 0x8007042b which prevented them from upgrading to a newer build should now have no problems upgrading.

We should mention that Microsoft also released build 19041.153 to the Slow ring, a build which is part of the 20H1 development branch. As expected, it contains a bunch of fixes, and as of now a singular known issue related to Narrator and NVDA interaction with Chromium-based Edge. If you’re curious to see what changes 20H1 (or version 2004) brings, be sure to check out our overview. 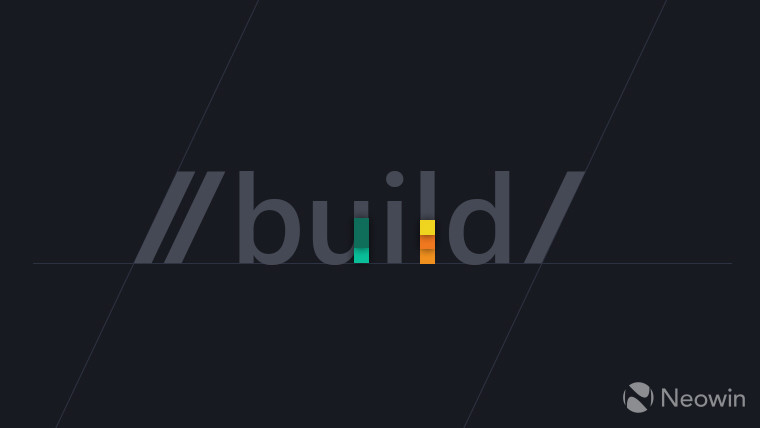 It’s no surprise that as Mobile World Congress and E3 were cancelled, GDC was postponed, and the MVP Summit went for an online-only format in light of the spread of COVID-19, Microsoft also announced that its flagship developer event, Build 2020, will now be virtual. The good news is that everybody will be able to tune in for free during the allotted time frame.

Speaking of developments, UI Fabric, one of the two most-used web engineering frameworks inside the company, will now be called Fluent UI, to bring it more in line – in terms of branding at least – with the company’s Fluent Design System.

Something that perhaps we’ll see more of at Build, but that’s not necessarily limited to that event is Windows 10X, Microsoft’s dual-screen OS solution. The company pushed out Windows 10X Emulator build 19578 this week, along with Microsoft Emulator build 1.1.54.0. This newest build can be installed on any Intel-powered PC, regardless of whether or not you’re an Insider in the Fast ring – a prerequisite for testing the previous build. You can check out our hands-on right here. 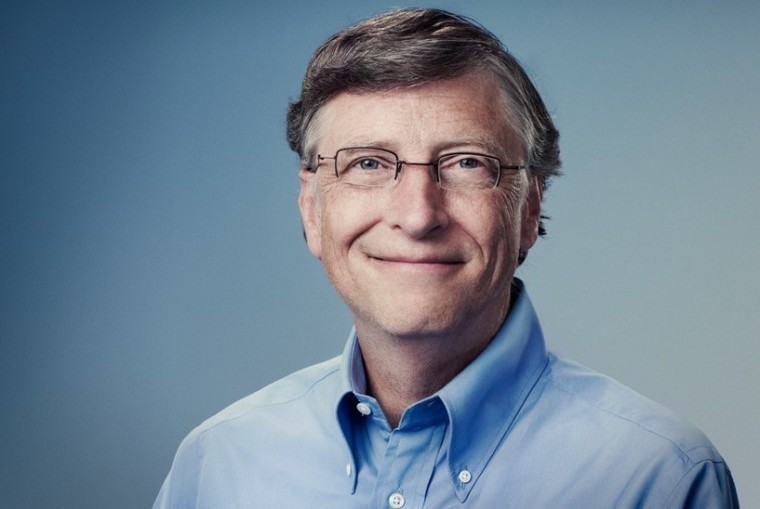 We end the column with a bit of news concerning Bill Gates, and his involvement with the board of directors at two companies.

The 64-year-old Microsoft co-founder has announced that he will be stepping down from his position on the board of both Microsoft and Berkishire Hathaway. He handed the reins of CEO to Steve Ballmer in 2000, then assuming the previously non-existent Chief Software Architect role. In 2008 he stepped down from his day-to-day role at the software giant and remained Chairman of the Board until 2014.

His departure now leaves Microsoft’s board of directors at an even 12 members, among them being current CEO Satya Nadella.