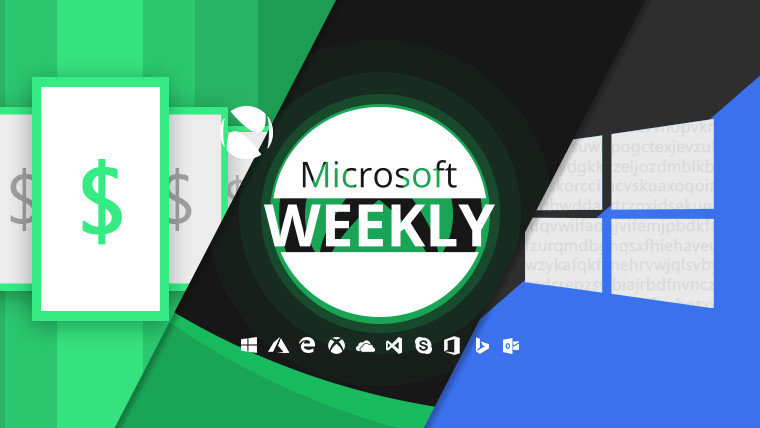 It’s been a week of rather impressive financial results, a boatload of updates, and a smattering of gaming news for good measure. All that and a little bit extra can be found in your Microsoft digest for the week of October 20-26.

Microsoft’s quarterly earnings were presented this week, and they were a mix of expected growth in some areas, and rather surprising upswings in others. 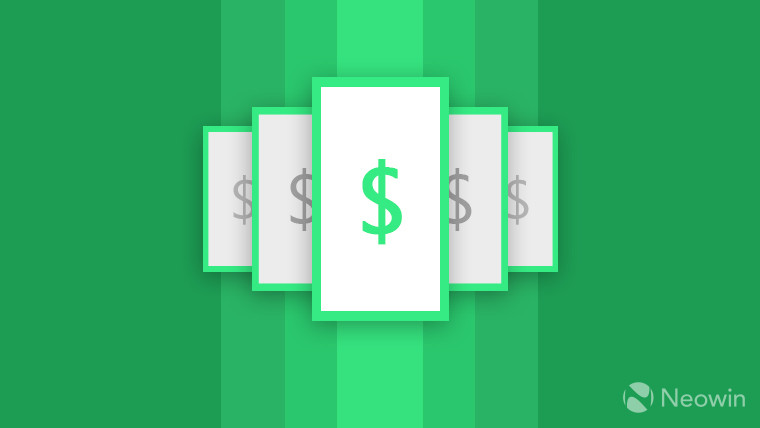 Before we delve into the numbers, if you’ve gotten one of Microsoft’s first-party hardware devices, you might want to check for updates. There’s a firmware refresh for the Surface Go – which a couple days later got a firmware and driver bundle -, as well as one for the Surface Pro 6 and Laptop 2. It’s worth mentioning that both devices got two Surface Pen-related fixes that only show up if you’re running Windows 10 1809 (the October 2018 Update). And now, back to the regularly scheduled earnings report.

Midway through the week, Microsoft released the earnings report for the first quarter of its 2019 fiscal year. The headline is a 19% increase in revenue over the same quarter last year ($29.1 billion vs. $24.54 billion). Of the $29 billion, $9.8 billion was brought in by Productivity and Business Processes, $8.6B by Intelligent Cloud, and $10.7B by More Personal Computing.

Productivity and Business Processes registered a 19% growth over the same quarter last year, mainly due to Office 365 and LinkedIn. Due to investments in the latter, operating expenses grew by 7%, but were balanced out by a 29% growth in operating income. Furthermore, gross margin dollars grew by 18%. Office 365 now has 155 million commercial monthly active users and 32.5 million consumer subscribers, with its commercial revenue growing by 36%. Consumer products and cloud services grew by 16% to the detriment of on-premises offerings which saw a 12% decrease. LinkedIn on the other hand grew by 33% and Dynamics by 20%, with Dynamics 365 registering a 51% increase.

In Microsoft’s Intelligent Cloud ‘bucket’, the entire section grew by 24% in revenue – mostly on the back of server products and cloud services. Operating expenses increased by 19%, but operating income was on a 37% upswing. The highlight of this bucket is of course Azure with its 76% growth, followed by a 10% increase from server products. Enterprise Mobility currently has 88 million seats, a 59% growth coupled with a 6% increase in revenue for Enterprise Services.

Getting to the part perhaps most interesting to consumers, More Personal Computing saw an increase of 15%, a 1% operating expense decrease, and a 23% operating income increase. As part of this earnings report section, Windows OEM revenue saw a 3% increase specifically from Pro licenses, with non-Pro revenue falling by 5%. Windows commercial products and cloud services saw a 12% growth in the revenue department.

Surface revenue saw a 14% increase in revenue over the same quarter last year, and search advertising revenue was up 17%.

The surprise of this quarter weren’t any of the divisions above, but in fact Microsoft’s gaming division. Revenue saw a 44% increase, with Xbox software and services revenue growing by 36% mostly due to third-party titles. The Xbox Live userbase across Xbox One, Windows 10, iOS, and Android was up by 8% to 57 million, and Xbox hardware itself saw a very impressive 94% growth.

While we’re on the subject of growth in gaming, let’s move on to what is perhaps the corner stone of this division: the games.

As reflected in Microsoft’s earnings report for this last quarter, the gaming division grew quite a bit. That’s not to say this growth was just in the financial department, though. 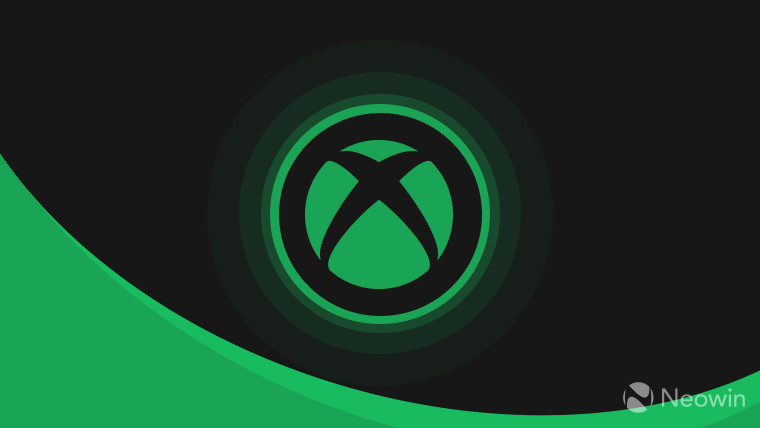 On the Backward Compatibility front, LEGO Star Wars II and Tropico 4 have joined the list, bumping the total number to 535. Furthermore, with Halloween just around the corner, Hello Neighbor, >observer_, Outlast, and Dead Island: Riptide Definitive Edition are now part of the Xbox Game Pass lineup.

Xbox All Access also made its debut online this week – being previously available just in physical Microsoft Stores -, though it’s U.S.-only and available for a limited time. If you’re not familiar with it, All Access is basically akin to Microsoft 365, but for gaming. Essentially, you get a choice of a 1TB Xbox One S or X with two years of Xbox Live Gold and Xbox Game Pass. If you opt for the One S, it’s $21.99/month, and the price goes up to $34.99 in the case of the Xbox One X.

On the subject of software updates, Xbox Insiders got a minor Alpha ring build (181019-1520) which is part of version 1811 that should drop next month. Just a couple of days later, this was followed by 181021-1920, which finally enabled keyboard and mouse support for games. There is a catch however, in that only Warframe currently supports this feature, and it’s entirely developer-dependent. In other words, devs needs to specifically enable support for these peripherals on the console, or else the feature won’t work.

On the subject of features, the upcoming feature update for Sea of Thieves – dubbed Shrouded Spoils - is set to bring more customization options for ships, a fog mechanic, as well as Pirate Legend exclusive Commendations. Furthermore, upcoming updates will be discussed by Rare as part of the X018 Inside Xbox stream on November 10.

Forza Horizon 4 owners were given some attention too, with the latest round of patches for PC and Xbox bringing a custom race design tool called Route Creator, as well as a brand new Horizon Story focused on British cars – accessible over level 50. There are of course the usual performance fixes included as well.

Rounding off this section is the refreshed “Jump In” campaign. Microsoft initially used this tagline back in the run-up to the 360’s launch in November of 2005. According to Craig McNary, Xbox’s Integrated Marketing Director, this was resurrected in light of the fact that “gaming is all about human energy, community, and fun.” The campaign spans four different films including Jumping, Friends, Racing, and Everyone, featuring a number of Xbox communities and games.

Oh and, if you’re on the lookout for some Xbox hardware, we’ve compiled a list of the bundle lineup for this holiday season, covering the Xbox One S, the One X, as well as accessories. You can check it out here.

You knew updates were definitely going to have a dedicated section, and you were correct. What is perhaps surprising is the sheer size of certain update changelogs. 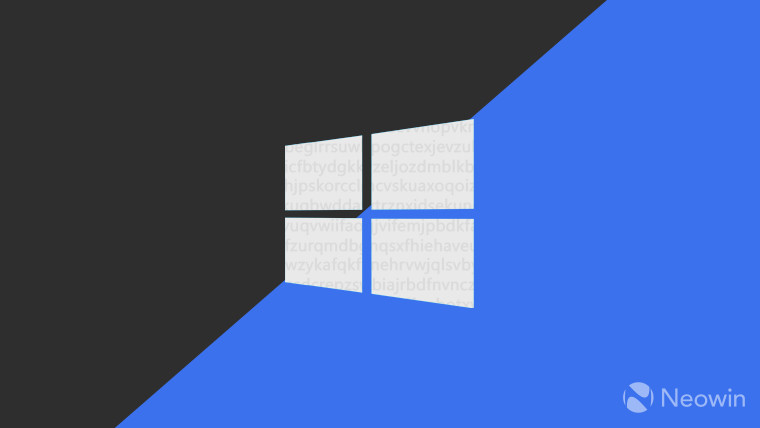 Unlike previous columns, we’re going to jump right into the fixes for the April 2018 Update, as there are many. First off, if you’re running this version you should be on the lookout for KB4462933 or build 17134.376, which addresses a couple of Edge DevTools issues, fixes issues with Bluetooth Basic Rate devices and other Bluetooth devices in general, as well as the Event Log service, plus TLS version 1.0 and 1.1. You will also no longer get an error message when trying to print PDFs in Edge or indeed PDFs from SharePoint Online, certain Scheduled Tasks queue issues have been addressed, and a number of App-V and .NET application bugs have been squashed. There’s further good news for those running full-screen games and trying to tweak antialiasing settings like MSAA. The confirmation dialog box was previously hidden behind the application, a behavior no longer present. Thankfully, this update has no known issues.

Fast ring Insiders got an update too, specifically build 18267. The focus of this was mostly on the touch keyboard, which now has more symbols to choose from and supports Vietnamese Telex, as well as number key-based keyboards. Narrator was enhanced too, now working much better with Chrome, plus adding some welcome Braille improvements like USB support for Interceptor and Orbit 20 displays. Finally, search indexing now has an enhanced mode so it can index even more files. After the initial indexing process, Microsoft says you’ll be able to find your files almost instantly, which is something little third-party programs like Everything have been doing for quite a while. Nevertheless, it’s a welcome tweak.

Speaking of, there are of course bug fixes and known bugs in this build. Settings no longer crashes when invoking certain actions, there should be no more IRQL_NOT_LESS_OR_EQUAL green screens of death, and issues launching inbox apps should be a thing of the past – for now. In terms of remaining bugs, Task View doesn’t show a ‘+’ button after creating two Virtual Desktops, certain users may experience this update cycling between Getting Things Ready, Updating, and Installing accompanied by a 0x8024200d error, Task Manager doesn’t remember your settings and will revert to default the next time you open it, and if you have a large number of OTF fonts you may get some unexpectedly missing text across the OS. A fix is being worked on for the latter.

A fix that’s also pending is for the .zip file issue in the October 2018 Update. The specific problem relates to extracting and replacing certain files. Whereas a dialog would appear previously, prompting an action from the user, it now either overwrites the files directly or fails without saying anything. Microsoft has acknowledged the issue and stated that the current workaround is to just extract .zip files to a new location rather than an existing one. This is because in the latter case, according to the company, a file with the same name will not be overwritten, but in fact deleted.

Switching over to some good news, Office 2019 server products – Exchange Server 2019, Skype for Business Server 2019, SharePoint Server 2019, and Project Server 2019 – are now available, as are some extended notification settings for Microsoft Planner.

Snap, the company behind Snapchat, has announced Snap Camera for Windows 10 and macOS, exclusively for 64-bit flavours of the Microsoft OS and requiring an Intel or AMD processor – sorry, ARM. Also on Windows 10 is the Photos app, which may be ditching its current black background when selecting an image.

If you’re on an iOS device, Edge now supports Siri shortcuts and the ability to reopen your last browsing session.

Lastly, Windows 10 Mobile’s bootloader unlocker is now open source, and you can get the UWP YouTube client myTube! for free until November 2.

An updated XAML Controls gallery gives us a peek at what’s coming soon in terms of changes in Fluent Design for Windows 10. 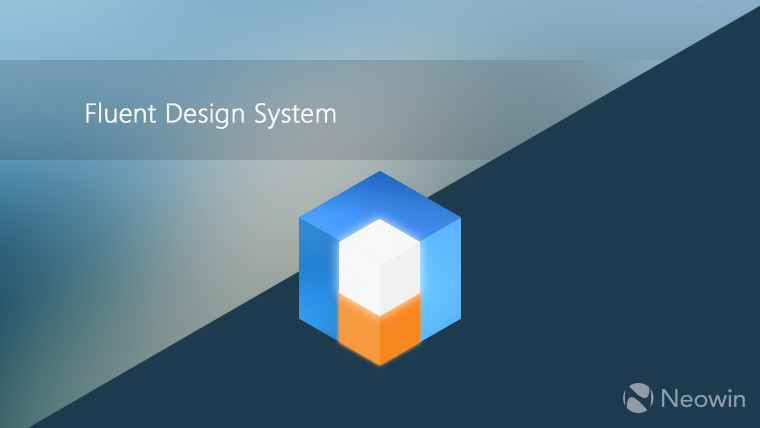 Officially debuted at Build last year, Fluent Design is Microsoft’s latest attempt at a unified UI paradigm, with the accent being put on materials and depth as opposed to Metro’s more flat aesthetic.

The design system is being treated, much like Windows 10 itself, as a service. This means that subsequent iteration waves will bring a variety of tweaks, such as the ones present in the updated gallery.

One of the highlights of this update is animation interop, which allows devs to enlarge items that a user hovers over, and control both how fast they enlarge and how big they get. Also connected to animation are the other two new things like the theme transition, as well as connected animation additions.

Although it’s no secret that Windows itself is anything but consistent, the fact that Fluent is still being worked on hopefully means consistency will be reached one day. Just don’t expect it to be anytime soon.