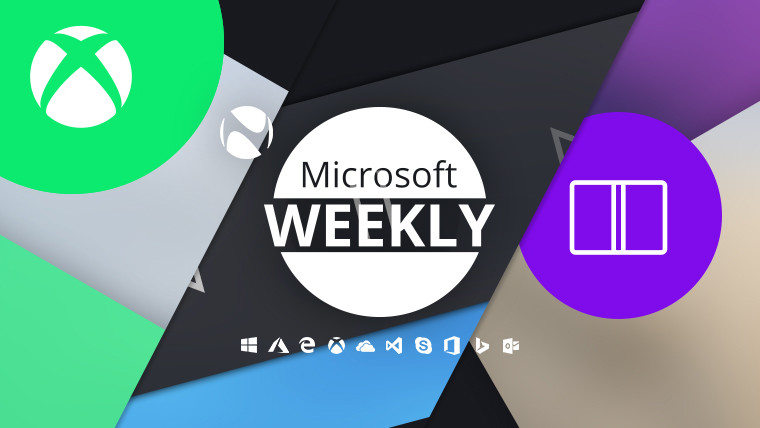 This week we saw some interesting gaming updates, the first image taken by Surface Duo’s camera, and even a long awaited – though hidden – update to the playback controls in Windows 10. You can find that, as well as much more, below, in your Microsoft digest for the week of April 4 - 10. 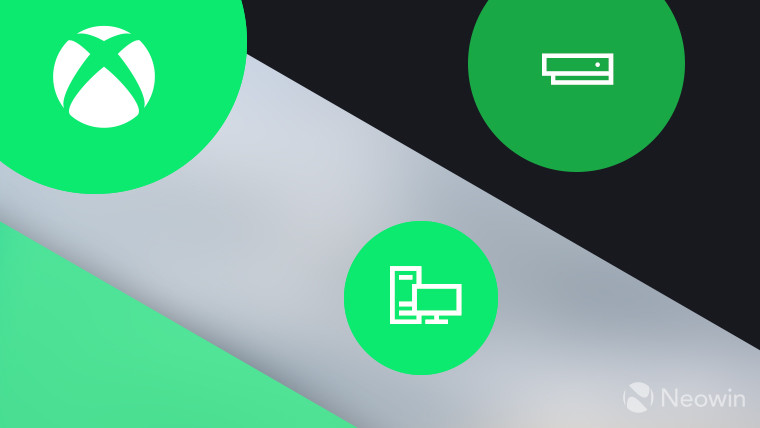 Given that there was a new Inside Xbox episode this week, it’s pretty obvious that the column will be leaning a little more on the gaming side this time.

We start with Obsidian’s upcoming co-op survival game called Grounded, in which you are a shrunken down child who needs to survive in a garden full of baddies, something further emphasized by the “go big or never go home” tagline. The game is coming out July 28 in early access on Xbox One, the Microsoft Store, and Steam, with folks being able to play it either by outright purchasing it in Early Access on Valve’s platform or subscribing to Xbox Game Pass Ultimate.

Since we mentioned the top-tier variant of the subscription, it’s worth touching upon Game Pass itself, which has and will expand its lineup in April. For one, if you’re on console, NieR: Automata Become as Gods Edition, Totally Reliable Delivery Service, Journey to the Savage Planet, and Alvastia Chronicles are all available now. On the PC, Overcooked! 2 is now available, with Football Manager 2020, Alvastia Chronicles, Mistover, and Stranger Things 3: The Game all marked as coming soon.

Game Pass itself is heading to Japan starting next week, and Microsoft’s Project xCloud preview will be expanding from the U.S., UK, Canada, and South Korea to 11 Western European countries. They are Belgium, Denmark, Finland, France, Germany, Ireland, Italy, The Netherlands, Norway, Spain, and Sweden. That said, the company says it’s aware of the current bandwidth stress due to the ongoing pandemic, and will roll out the service when it’s “confident it is sensible to do so.” Folks on Android can already register for the preview if they’re in any of the countries mentioned.

The Xbox Game Bar got a bit of attention, as Microsoft announced that it’s creating a Game Bar Widget Store, essentially allowing third parties to extend the capabilities of the software. XSplit Gamecaster to handle broadcasting, chat, and analytics, Razer Cortex to provide system optimizations for gaming, and certain Intel Graphics Command Center features being integrated into Game Bar are some of the current enhancements available. Devs can download the relevant Game Bar SDK (in beta) already, and submit their widgets to the store.

The Redmond giant also detailed some of the improvements coming in the April Update on the Xbox One, including the return of the ‘Surprise Me!’ button – which chooses a random game to play from you library, based on certain criteria -, Mixer viewing experience enhancements, and a simplified Guide. The next Flight Simulator Alpha is days away, with the latest Feedback Snapshot already being posted and more invitations being sent out.

Sea of Thieves’ Ships of Fortune update was also announced this week, adding cats, overhauled trading companies, a better Arena mode, and more. It’ll be available on all platforms starting April 22. Speaking of updates, Ori and the Will of the Wisps got its 4.6 patch fixing a number of bugs like the buzzing issue, certain achievements not unlocking, freezing and/or crashes, and more.

Last but not least, in a bit of a surprise announcement, Saints Row: The Third will be getting a remaster, heading to the PC, Xbox One, and PlayStation 4 on May 22. 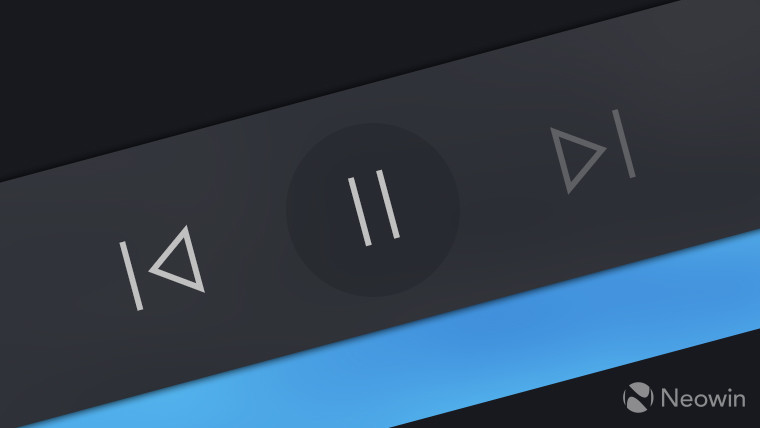 Last week, Microsoft didn’t push out any new Insider build in the Fast ring, instead adding a few known issues to the then latest build, 19592. This week, the company provided testers with 19603, which added File Explorer integration in the Windows Subsystem for Linux (or WSL) and user cleanup recommendations under Storage Settings.

This new build does fix a number of the known issues, such as bugchecks during the reboot to install an update, driver compatibility errors when installing in certain VM environments, or the Windows + PrtScn shortcut not saving a picture to a file. It’s worth noting that the BattleEye anti-cheat software incompatibility has been removed from known issues, but other bugs still remain. Some folks may still experience app icon rendering issues in the taskbar or language packs failing to install.

Also present in this build, albeit hidden, are some UI/UX improvements, starting with playback controls. Still true to this day, the UI for audio playback present in Windows 10 uses the same angular one that debuted all the way back in Windows 8, nearly nine years ago – if we take into account the Developer Preview released in the latter half of 2011. The new one is more rounded and much more in line with the Fluent Design aesthetic and the overall look and feel of Windows 10X.

Another feature is a ‘What’s New’ page under Update & Security, which offers tips for syncing files to OneDrive, creating calendar events from the taskbar, and others. To use these, you’d need a third-party tool like mach2 or ViVe for enabling the relevant feature IDs, although be aware that this could cause instability.

Folks in the Slow ring also got some attention, as build 19041.173 got pushed out, fixing the issue that prevented USB mass storage devices from working, as well as the various app compatibility issues. The bug related to Narrator and NVDA interaction with Chromium Edge is still a known issue.

Speaking of, Edge Dev 83.0.474.0 was released, adding the ability to create a list of sites exempt from deleting cookies, an option for quieter site notifications, and a search box to the Mac Touchbar if there’s only one tab open. Naturally, there are a bunch of fixes to correct things like crashes and general browser behavior.

Also receiving a bunch of fixes was Microsoft’s PowerToys app, which was bumped up to version 0.16.1. Among the addressed bugs are those related to localization, RDP, and even the recently introduced Window Walker. 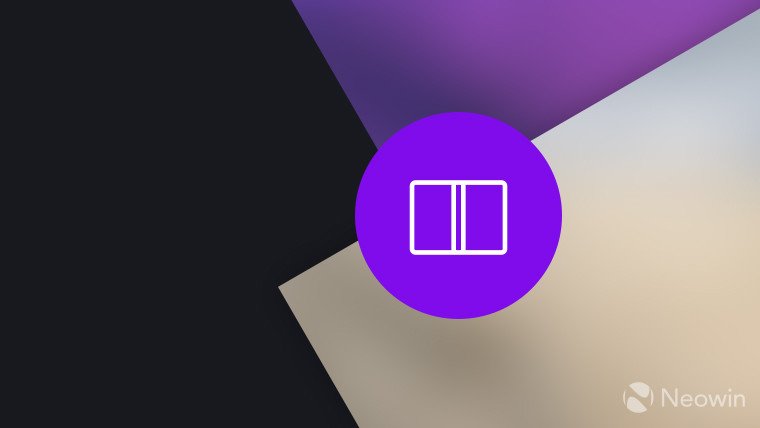 In some hardware news, in the past seven days we saw the first photo taken with the Surface Duo, shared by Panos Panay on his Instagram account. Although there are certain aspects of the photo that may not be as good as some folks expected, the thing to keep in mind is that not only is the device likely a prototype, but there’s also Instagram’s heavy processing involved. Until we do get a full-resolution capture without any compression, there’s basically not much we can glean in regards to the actual quality. As it stands currently, the Duo is still on track for a holiday 2020 launch, with some reports even suggesting earlier time frames.

On the other hand, the larger of the dual-screen devices, the Surface Neo, has reportedly been delayed until next year, in conjunction with its accompanying software, Windows 10X. It’s possible the OS may ship for single-screen devices first, and that given the current pandemic, Microsoft would look a bit daft by releasing a device that’s sure to be on the more premium end of the price spectrum.

One of the smaller members of the Surface family, the Go, has sold out, with Microsoft most likely not replenishing the stock. The next iteration is expected to include an Intel Amber Lake Pentium Gold 4425Y processor, with a reveal for it likely being in conjunction with Surface Book 3 in May.

The final bit of hardware news actually concerns a new hire, specifically former Apple exec Rubén Caballero. Part of the original iPhone hardware team at Apple, as well as in charge of the firm’s transition to 5G before his departure in April of last year, Caballero is now the corporate VP of hardware design and technology at Microsoft, with his work involving HoloLens, AI, “special projects”, and more.

At the end, we take a look at some of the changes regarding Microsoft’s overall approach, caused by the ongoing pandemic.

Due to very similar explosive growth, some other Microsoft 365 services have also been tweaked to reduce network load, including the use of generic icons for OneDrive Files on Demand (if you enable large thumbnails), and more.

Microsoft has also publicly stated that it’ll host all-digital events through July 2021, so that includes its summer intern program, and any internal or external events.