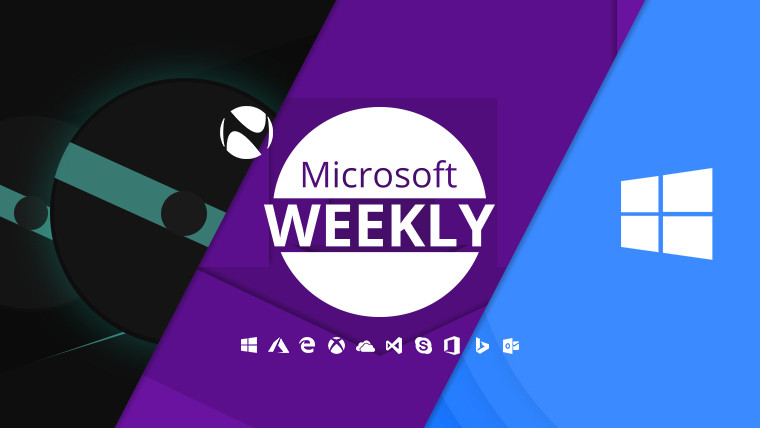 It's that time again, when we take a look at what's happened in the previous seven days in the world of Microsoft. Various previews for PC showed up, Fallout 4 returned to Game Pass, and a whole host of other things were in the news. You can find all that - as well as a little bit extra - below, in your Microsoft digest for the week of March 2-8.

A console without discs 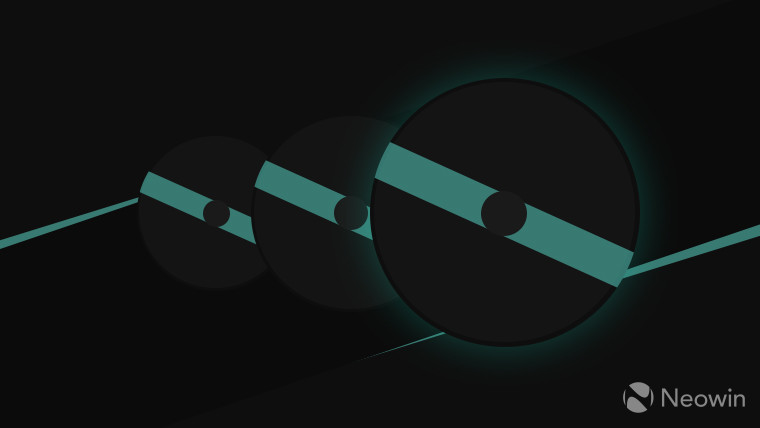 We begin this section with an announcement related to 19H2, and specifically the Xbox side of this development branch. Build 19h1_release_xbox_dev_19h2hold_1910/18349.7007.190304-1920 has been dispatched to folks in the Skip Ahead ring on Xbox One. It fixes issues with Blu-Ray (specifically HDR and Dolby Vision content), game updating, and Party Chat. There are however known issues with audio, Disney Adventures, the EA Access app, the Game Pass Mobile app, profile colour, and more. Do keep in mind that Skip Ahead on Xbox is as limited as it is on Windows, and that the Alpha ring that contains it is still invite-only. And since 19H2 isn't scheduled to come out until October - judging by the 1910 in the build string -, issues are to be expected.

Something that's been rumored before and should be coming out sometime in May is a disc-less variant of Microsoft's home console. It's currently unknown how much internal storage the unit will have, but we do know the Redmond giant plans on referring to it as Xbox One S All-Digital Edition - which just rolls off the tongue. Additionally this confirms the company's focus on the cheaper end of the spectrum, as it'll use the One S - and not the more powerful One X - for the basis of this upcoming product.

Until all that rolls around, there's update 1.4.4 for Sea of Thieves, which introduces a new type of Mercenary Voyage, a new flag, performance and design fixes, and much more. The update weighs in at 3.9GB on the regular Xbox One, and 4.9GB on the One X as well as PC. We are of course a mere 10 days away from the game's one year anniversary, which will take place on March 20.

Continuing the trend with the number four, we have Just Cause 4 - released December 4 of last year -, which just this week was added to Game Pass. The title is part of four that are headed to the subscription service in the first half of March, the others being LEGO Batman 2 (already playable, F1 2018 - which lands March 14 -, and the returning Fallout 4, also playable on the 14. The latter was announced for and added to Game Pass in June of last year at E3, afterwards being removed three months ago.

Performance not so great 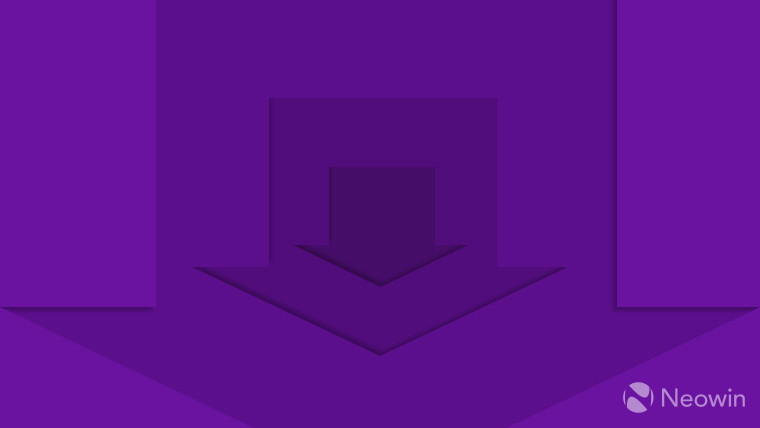 As you may remember, the October 2018 Update hasn't had what folks would call the smoothest of rollouts. Though the re-released version was certainly a step up compared to the original, it seems issues are still present. A pair of such issues was introduced via last week's patch, KB4482887, which bumped up the build number to 17763.348.

The newest ding in the update's bodywork is one relating to MSI and MSP files, which throws "Error 1309". Microsoft doesn't go into detail with regards to what this error means - though it's linked to read permissions -, and says that users should simply ignore it, as a fix will soon be available.

The other, perhaps more disrupting bug is one which relates to "graphics and mouse performance degradation" when playing games such as Destiny 2. In order to alleviate this symptom, the company advises folks to simply uninstall KB4482887 until a fix is available at a later date. To uninstall this update, go to Start > Settings cog > Update & Security > View update history > Uninstall updates. You should be presented with the classic Control Panel, where you'll be able to select and remove KB4482887.

In somewhat more pressing news, Google's Project Zero team has uncovered two zero-day exploits, both of which are actively used. The first concerns the firm's Chrome browser - which users are urged to update to version 72.0.3626.121 or higher -, while the other is a vulnerability in the win32k.sys kernel in 32-bit versions of Windows 7. It's an escalation of privilege attack which has been acknowledged by Microsoft, but for which patches haven't yet been pushed out.

And since we touched on the subject of Chrome-related things and other Microsoft operating systems, it's been revealed that the new Chromium-powered version of Edge will only support 64-bit versions of Windows 10 at first. This may perhaps put a bit of a damper on things, as the new browser will supposedly be available not just for the latest Microsoft OS, but Windows 8.1, Windows 7, and even macOS.

Rings here, there, and everywhere 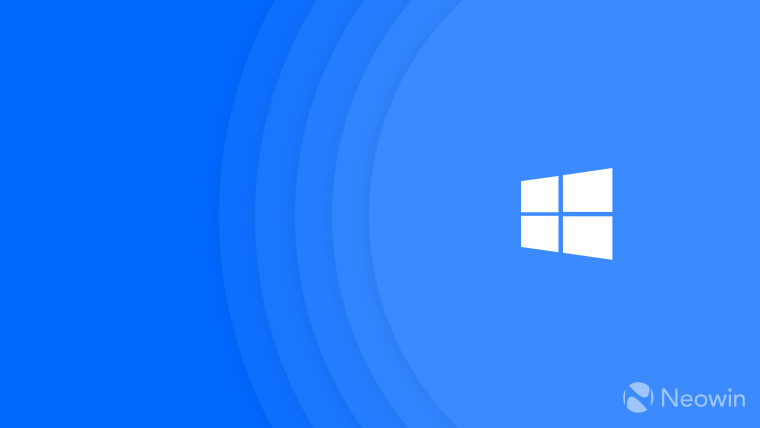 Since the change from 19H1 to 19H2 is nearly upon us - with 20H1 residing in the Skip Ahead subsection of the Fast ring -, it's no surprise that the most recent builds focus on fixes rather than features. Such is the case with build 18351, which landed in the Fast ring on Tuesday. Though fixes were pushed for everything from Explorer.exe crashing when content in jump lists is updated, to monitors missing from the built-in Color Management application, some issues still persist. At the risk of sounding like a broken record, the bugs with Creative X-Fi sound cards, Realtek SD card readers, and anti-cheat software in games causing bugchecks are all still present.

Folks enrolled in the Server Insider Program were able to get their hands on a new build too, namely 18346. It comes less than a month after 18344, and brings a number of fixes revolving around Feature on Demand (FoD), and specifically Hyper-V Manager's compatibility with FoD. A public release of this update is expected sometime in the spring.

If you're having any sort of issues updating to the latest build, or haven't updated your Insider partition / VM in a while, ISOs for build 18343 are now available. This comes on the heels of 18342.8's arrival in the Slow ring - the first 19H1 build for this particular subsection of the Insider program.

In addition to 18351, Microsoft also released 18353 to the Fast ring - on Friday -, which brought some quality of life improvements to Windows Sandbox, like enabling microphone support for accessibility scenarios, and fixing the time zone desync between host and VM. Another bit of good news is that folks shouldn't be experiencing bugchecks upon closing the lid of their laptops or plugging / unplugging their monitors. Furthermore, testing for a cryptic "new Windows gaming technology" is still going on, with more slots opening up - currently only for State of Decay.

Those who managed to get into the Skip Ahead subring were greeted with build 18850 on Wednesday, which had as a headline - and only - feature, a new version of Snip & Sketch (the replacement for Snipping Tool). Version 10.1901.10521.0 fixes a bunch of issues like snaps being blurry, or the app crashing when the user closes one app window after another.

As far as the larger list of fixes and known issues is concerned, Narrator now works properly in Edge and Chrome, the Settings app no longer crashes within Windows Sandbox, and the ability to re-enter your PIN is no longer subject to a 30 second wait on some devices. And yes, the known issues present for a few builds now - and detailed in the first paragraph of this section - are still present, along with a bug which prevents VMware from being able to install Insider builds. 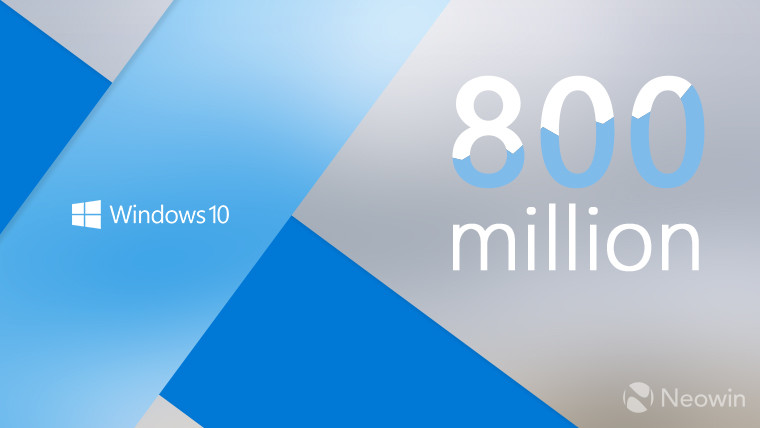 To round off this column, we've finally seen Microsoft come out and state that Windows 10 is installed on 800 million devices, a 100 million bump up compared to the announcement six months ago. What needs to be said here is that these are active users, and not those who have installed the OS and then decided to revert to a previous version.

With Windows 10 turning four this July, the current number is quite a bit off from the company's initial goal of one billion devices in two to three years, a statement later retracted citing a failing mobile business.

One a somewhat related note, we've obtained an exclusive set of screenshots which showcase the current look of Microsoft's upcoming Chromium-based Edge browser. This variant ditches and hint of the acrylic translucency present in the current Edge, in favor of a pretty default-looking Chromium skin.

Seeing as not even the Edge Insider Program folks at large have gotten this browser iteration, it's safe to say it might go through a few changes before it's finally unveiled to the public. A net positive of this switch to Chromium underpinnings however, is that Microsoft now has access to the respectable amount of extensions that folks have been able to make use of on Chrome and related products.

Missed any of the previous columns? Make sure you check them out right here.