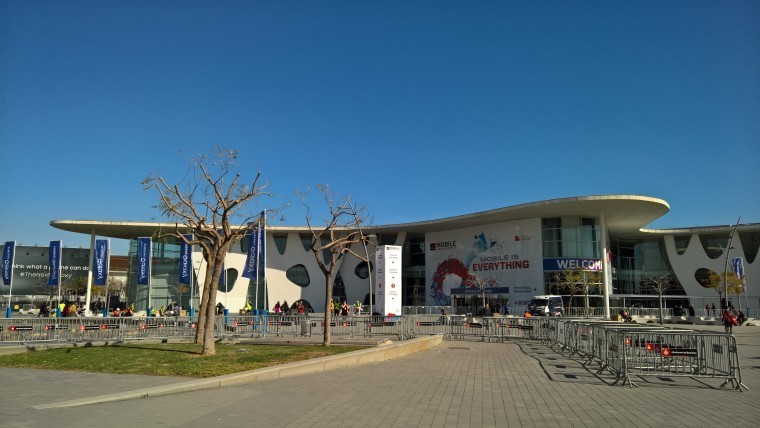 The annual Mobile World Congress (MWC) expo is the largest event in the mobile industry calendar. Companies of all sizes, from across the globe, gather in Barcelona each year to show off their latest and greatest products, and to discuss the big issues and trends that will shape the industry for months and years to come.

Of course, over the last couple of years, Microsoft has been restructuring its mobile business, and launching fewer of its own devices. All of its current Windows 10 Mobile phones are now approaching the end of their retail lives; indeed, in the UK, its entire range is now sold out on the Microsoft Store.

IDC estimates that Microsoft will end 2016 with just 0.4% global smartphone market share, and with no phones of its own to showcase, you might well be wondering if the company will even show up at the next MWC, at the end of February 2017.

Wonder no more: as the mysterious Walking Cat (@h0x0d) spotted, Microsoft has launched a site - which it set up in the last ten days - for partners and other important visitors to arrange meetings with the company at MWC 2017.

The site invites visitors to "join us at Mobile World Congress 2017", and includes the familiar Windows 10 tagline, "do great things".

What's not yet clear is exactly how Microsoft will present itself at MWC 2017. With its current range now a year old, and only a handful of third-party devices running its mobile OS having launched in 2016, Microsoft's presence there may well be limited, perhaps with the spotlight shining less on its smartphone platform, and more on other products like Surface - or even HoloLens, which has become available in several markets outside of North America in the last few weeks.

That said, the company recently made a major announcement about the future of Windows 10 on power-efficient mobile devices. It revealed plans to bring the full version of the OS to next-generation mobile devices with ARM chips, including support for x86 Win32 'desktop' apps through emulation. Microsoft could discuss more on those plans at MWC, but given that its much-rumored 'Surface phone' is not expected to launch until the end of next year - or perhaps even in 2018 - it seems unlikely that the device will be unveiled in Barcelona.

There is also the possibility that Microsoft's public presence at MWC 2017 will be limited, with a stronger focus for the company on those private meetings with partners, to prepare for the next chapter in its mobile story. While big companies generally put on a good show at MWC, a great deal of activity also happens behind closed doors, away from the public gaze. At MWC 2014, for example, Nokia showed off its 'Moonraker' smartwatch to partners behind the scenes, ahead of its planned launch - but Microsoft eventually canned the device before it was officially unveiled.

At MWC 2015, at which Microsoft launched the impressive Lumia 640 and Lumia 640 XL, the company had a vast, sprawling show stand, which included a hot air balloon - onto which information, videos and social media messages were projected - as well as a DJ booth in the basket below it:

But at MWC this year, its stand was far smaller in scale - more "cozy", as one of the Microsoft team put it. There was much less focus on phones, instead showcasing products from across its range, including Surface, Surface Hub, Band 2 and Xbox: 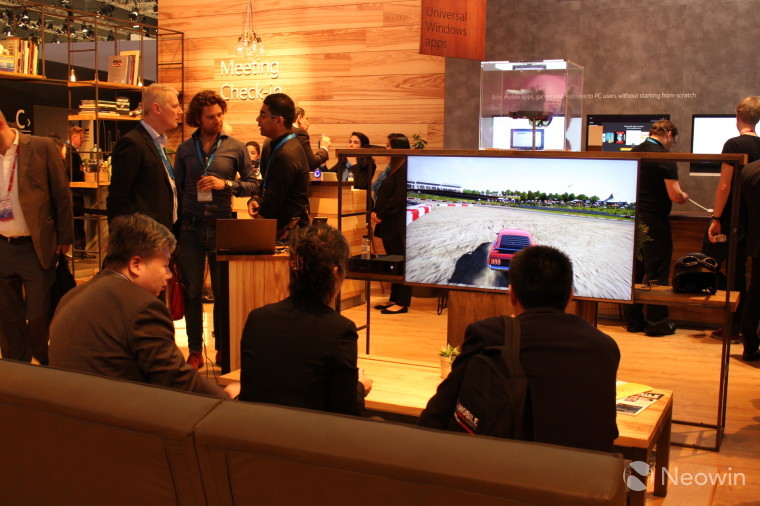 What will Microsoft's stand look like at Mobile World Congress 2017? Your guess is as good as ours - for now, we'll have to wait and see what 'great things' it has lined up.